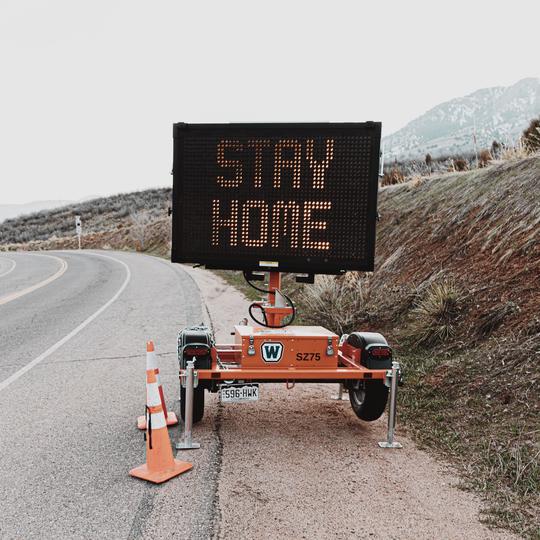 Even as the death toll from COVID-19 continues to rise around the world, many cities and states in the U.S. and other countries are beginning to ease restrictions and develop policies to re-open economies and communities. The question is, which policy will best facilitate people’s safe return to work and limit the spread of the virus?

Researchers from the Harvard John A. Paulson School and Engineering and Applied Sciences, in collaboration with Harvard Medical School and MIT, have developed a model to simulate the impact of different physical distancing strategies on the spread of SARS-CoV2, the virus that causes COVID-19.

“We found that rather than put the burden of sheltering in place on society as a whole, if some percentage of a specific age group were to stay home and everyone else practice physical distancing, the epidemic could be mitigated until a vaccine is developed,” said Milind Tambe, the Gordon McKay Professor of Computer Science at SEAS and co-senior author of the study.

“We’re cognizant of the fact that the kinds of population-wide sheltering orders that are currently in place in many countries around the world can’t proceed indefinitely,” said Maimuna Majumder, a faculty member of the Computational Health Informatics Programs based out of Boston Children’s Hospital and Harvard Medical School and co-senior author of the study. “Part of what we wanted to demonstrate through this work is what might happen if we only enforce sheltering for one segment of the population and let others engage in a partial return to normalcy – while simultaneously doing their part to “flatten the curve” by physically distancing in offices, restaurants, and so on.”

The researchers developed an individual-level model for SARS-CoV2 transmission based on demographic data including age and household structure and, using that information, created population simulations for COVID-19 hotspots Hubei, China and Lombardy, Italy. Using these simulations, the researchers were able to play out different policy scenarios and observe the impact on the virus.

“We’ve seen a range of different policies instituted, from staggering the lockdown of entire cities, provinces or even countries, to milder physical distancing policies,” said Bryan Wilder, a graduate student at SEAS and first author of the paper.  “Within these lie a range of possible alternatives. Our goal was to simulate existing policies and try to come up with new, creative policies to slow the spread of the virus.”

The researchers played out their simulations in Lombardy, which was in the midst of the outbreak during the research.  The researchers modeled the effect of either 50 percent or 100 percent of single age group sheltering in place while the rest of the population went about business as usual, with no physical distancing.

“If you think about it, people in the 30-to-49-year-old-demographic have some of the largest social circles and those circles tend to be intergenerational,” said Wilder. “They have kids, go to work, take care of their parents, go out with friends and colleagues. So, targeted salutary sheltering of this age group combined with physical distancing of the general population may be enough to thwart a substantial number of cases and deaths.”

The researchers proposed that physical distancing from the rest of the population include policies such as staggered work schedules, increased spacing in restaurants, and prescribed times to use the gym or grocery store.

The researchers have run the model to simulate re-opening policies in other countries, including India and U.S. In collaboration with the Daily Beast, the researchers simulated the impact of lifting lockdown measures in Georgia, Florida and Mississippi. In all three states, the team found that lifting lockdowns and returning to 50 to 100 percent business-as-usual would result in a major increase in fatalities. However, the researchers found that if physical distancing could be kept to 25 percent of pre-lockdown levels, it would allow the states to flatten the curve before June 15.

In India, the researchers found that after the initial lockdown, even policies that enforce physical distancing while otherwise returning to normal activity could lead to widespread outbreak. However, middle ground policies that alternate weekly between total lockdown and physical distancing may lead to much lower rates of infection while simultaneously permitting some return to normalcy.

“Simulation models like ours allow us to explore the possible effects of various interventions – which will be enormously important moving forward as countries around the world and states here in the US consider how to safely relax shelter-in-place orders,” said Majumder. “Our work shows that embracing a new normal – in which those members of a given population who for example are permitted to go back to work but still engage in physical distancing – might help keep COVID-19 at bay until pharmaceutical interventions become available.”

“The global pandemic is the most salient threat we are facing right now,” said Dr. Purush Iyer, program manager in the Army Research Office, an element of the U.S. Army Combat Capabilities Development Command’s Army Research Laboratory, which supported the research. “Being able to strategize how to appropriately respond to the disease spread, misinformation, and urban operations are questions that are important not only to policy makers, but to Army operations as well. This model lays the groundwork for addressing questions that will arise in the future while simulating scenarios in cyber and multi-domain operations.”

“While preliminary, this research highlights potential policy implications for non-pharmaceutical interventions to slow the spread of SARS-CoV2 and may provide alternative strategies for national and regional governments moving forward,” said Tambe.