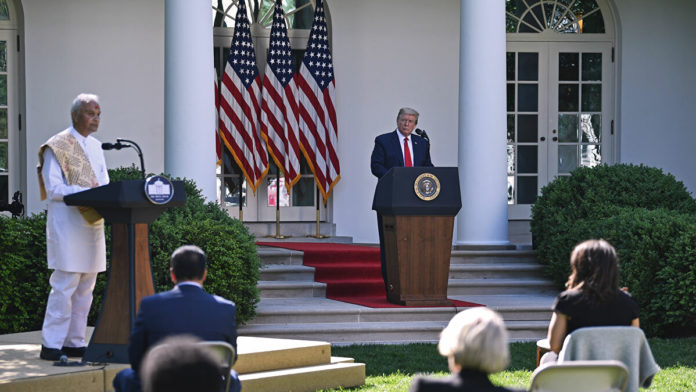 New York–The Vedic Shanti Paath derived from the Yajurveda has been recited at the White House during the National Day of Prayer by a pujari from a Swaminarayan temple.

Introducing the peace prayer at the multi-religious service on Thursday, Pujari Harish Brahmbhatt said, “In these troubled times of COVID-19, social distancing, and the lockdown, it’s not unusual for people to feel anxious or not at peace.”

Making a spiritual prescription for these troubled times, he said, “The Shanti Paath, or the peace prayer, is a prayer that does not seek worldly riches, success, fame, nor is it a prayer for any desire for heaven. It is a beautiful Hindu prayer for peace a” Shanti.a

Representatives of various Christian sects, Judaism and Islam participate in the service with US President Donald Trump.

Religion plays a central role in public affairs in the US and has evolved from dominance by protestant denominations to being more inclusive with the participation of other Christian sects and other religions.

Both chambers of Congress and several state legislatures start their sessions with a prayer.