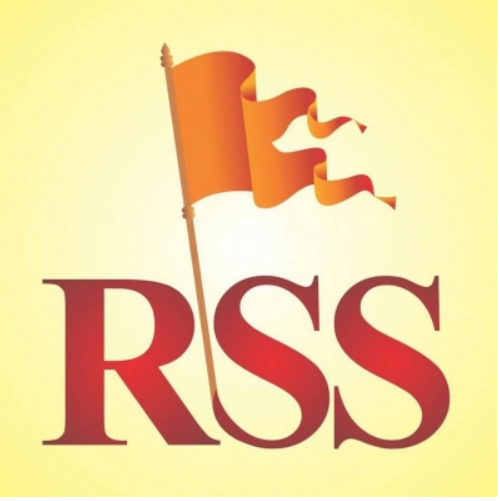 New Delhi–With the government by its side and Prime Minister Narendra Modi himself exhorting Indians to be “vocal about local”, the RSS and its many affiliated bodies have kicked off a nationwide ‘Swadeshi self reliance campaign’ from Monday through which it is collecting digital signatures “with a view to connect maximum number of people in most districts and places in India” in the next 20 days and galvanise public opinion over the same.

However, this time around, the RSS wants the Modi government to not just think of “GDP centric development” but also take three of its major concerns into consideration – welfare of MSMEs, boycott Chinese products and consideration of environmental concerns.

Before you dismiss this as just another signature campaign, think again. A dedicated website by the name of – joinswadeshi.com – is already in place, a Google document collecting your name, mobile number, e-mail address and nationality is online where collection of digital signatures are afoot and most importantly, videos of influential persons like academicians, socio-religious organisations, MLAs, MPs will be circulated backing this campaign, through all platforms.

“To speed up the digital signature campaign, photographs and videos of the important persons of society like Vice Chancellors of universities, academicians, heads of various institutions, socio-religious organisations, MLAs, MPs etc while they participate in the campaign, may be given in newspapers and social media that will inspire the people to participate enthusiastically in the campaign,” reads a publicity goal by the Swadeshi Self Reliance Campaign under the aegis of Swadeshi Jagran Manch and overseen by a committee that has key functionaries from many RSS affiliates.

The campaign has meticulous planning and huge human resource infrastructure engaged to make it a success. Two workers each at the state and district level who are technical and mobile efficient will be engaged in the operation to speed up the campaign.

The thrust on technical and mobile efficient workers is because the SJM plans to catch the imagination of the young and old alike through every possible social media platform, some of them primarily frequented by the youngsters. So while traditional platforms like Facebook and Twitter will be used, the campaign isn’t averse to push the idea to more radical platforms like Quora where people primarily ask questions and get answered by absolute strangers.

Meanwhile, understanding that almost all smartphone users in India, which is estimated to reach 442 million by 2022, have WhatsApp installed, the campaign has dedicated a WhatsApp number for this purpose as well.

Sources say, such public opinion will “help the government” in framing policy that will not only protect domestic business in India at a time when the government itself wants the MSME sector to stand up on its feet after the lockdown but also help Modi’s vision of “self-reliant India”.

The goals listed by joinswadeshi.com are buy idegenous products and boycott especially Chinese products, become self employed and job creators as well as increase farmers’ income, MSME and start ups through heavy reliance on new age technology. It also lists India’s global trade and transfer of technology giving precedence to what is in India’s interest rather than trade obligation as one key goal.

Finally, it says, the new vision of “self reliant” India will be considerate of environmental concerns like land grab, water depletion and worsening air quality rather than ignoring them.

It is unknown how much the government is in sync with the RSS economic wing’s version of “self reliant India” and the campaign there of, particularly boycotting Chinese products and be considerate of environmental concerns, but at the moment the BJP-led Centre is not complaining as most of the SJM’s non-specific goals are a reiteration of that of the government’s.

The fact that a committee is being created where not only SJM key functionaries will be there but other RSS affiliated body members like that of Vishwa Hindu Parishad and Vidya Bharti among others will also push their version of ‘Swadeshi’ shows the RSS is serious to make the Modi government take note of its concern now that both are on the same page of pushing local products and making India self-reliant.

A mascot of “Vibrant Gujarat Summit” and strong advocate of globalisation, Prime Minister Modi in his last address to the nation made a sharp turnaround, asking people to be “vocal about local” and uttering “self reliance” as much as 17 times. Urging Indians to respond to his call the way they did when he requested them to buy Khadi products, Modi said, “Local is not just our need, but it is also our responsibility. Time has taught us that we will simply have to make ‘local’ our life’s mantra.”

Now with Modi going big on ‘local’ and ‘self reliance’, the RSS wants to push its own version of it, understanding the government will need it to create public momentum to make necessary policy framework for the same. (IANS)