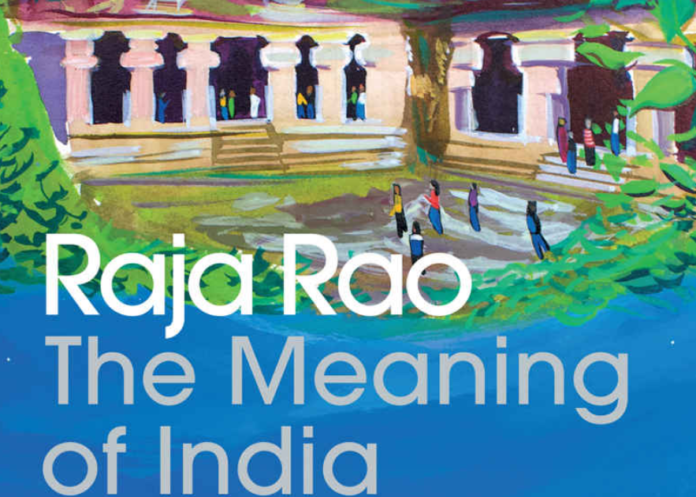 New Delhi–He is counted among the trinity that includes Mulk Raj Anand and R.K. Narayan and his belief that the philosophy of ‘Advaita or nondualism offers a solution to the political and social problems of the contemporary world makes K. Raja Rao (1908-2006) one of the most important Indian English writers even

“Rao’s novels can be read as attempts to validate and mediate Advaita in the contemporary world. Advaita or nondualism is a particular school of thought that acquired a sort of primacy in Indian philosophical inquiry. Rao’s use of tradition is, certainly, more eclectic. But in all his work, he aligns his protagonist on the side of a kind of non-dualism,” Paranjape, the Director of the Indian Institute of Advanced Study, Shimla, writes in the lengthy Foreword to “The Meaning of India”, a combination of fables, journeys, discussions and meditations that Raja Rao wrote over six decades.

First published in 1996 and republished earlier this year with Paranjape’s critical analysis of Rao’s writings, “The Meaning of India” advances the view that India is not just a geographical entity, or even a civilization-state but, above all, a metaphysical way of being and concerning the self and the world.

Can Advaita serve a useful function in today’s world? Can it, for instance, solve the very real problems of colonialism and underdevelopment? Is Advaita amenable to resist violence and oppression rather than promote or prolonging it? This also applies to
issues such as gender justice and human rights. Can Advaita, in other words, help us solve not just our metaphysical, but our political and social problems, asks Paranjape, who was a professor of humanities for almost two decades at New Delhi’s JNU.

“To show that Advaita can do all this is definitely Rao’s ambition. His project is to show the viability of a worldview that has been more or less eclipsed even from contemporary India. The only way that Rao can make this philosophy viable is via a sort of modified existentialism,” Paranjape answers.

Noting that Advaita penetrates to the core of the flux that is the daily life of Raja Rao’s characters, Ramaswamy of “The Serpent and the Rope” and Sivarama Sastri of “The Chessmaster” Paranjape says they negotiate life in an Advaitic fashion, thus demonstrating its efficacy in the contemporary world.

“This is somewhat like negating life even while one is living it, denying the ultimate reality of oneself even as one lives and suffers. Though this may seem paradoxical or unsatisfactory, it is perfectly logical. Raja Rao’s, or for that matter anyone else’s, Advaita does not preclude any action in the world.

“In fact, Rao’s characters do not withdraw from such engaging in the world’s problems, even as they find themselves engaged in their inner quests. The ultimate reality of the world can be negated even as we participate in it at the daily, practical level. Withdrawing from the world is therefore not Rao’s project.

“Rather, it is far more audacious. It is the metaphysical annulment of the world even as we involve ourselves in the daily business of living. Ultimately, however, Rao is an artist, not a philosopher. It is as an artist that he has to be appreciated and understood. As such, he has been true to his calling,” Paranjape maintains.

In terms of language, style and theme, Rao has been perfectly consistent, fulfilling the promise he made in his foreword to “Kanthapura” that put him in the league of Mulk Raj Anand and R.K. Narayan, Paranjape states, adding: “It is this consistency, this
integrity of purpose, this concern with the Ultimate Reality, coupled with stylistic innovation and an inspired use of language, that makes him one of the most significant and interesting writers of the world.”

Although Rao’s oeuvre is limited to five novels, “his reputation is secure. Indeed, despite the appearance of dozens of talented new writers in the last few decades, it would be safe to assert that there is no one else who has even attempted to do what Rao has accomplished: to portray and justify the wisdom of traditional India to the modern world. No one, moreover, has even approached, let alone reached, his heights of spiritual illumination”, Paranjpe explains. (IANS)

Samir Soni on his book: ‘I turned to my diary, discovered my real self’

1857: The 1st War of Independence from an Indian perspective

When cancer sorted a midlife crisis