Mumbai– Amid the ongoing lockdown due to the coronavirus pandemic, actress Urvashi Rautela says stray animals are dying of starvation, and has urged people to take care of them.

“I would request all the animal lovers to take care of street dogs that have been starving during the lockdown period with whatsoever food because I kind of realise that these canines are dying of starvation as no food is available to them due to the lockdown to avoid the spread of COVID-19,” Urvashi said.

“Now there is no facility so it’s resulting in their starvation. We should feed them and believe me it will give us immense satisfaction, especially for animal lovers. Government NGOs are providing food for daily wage workers and poor people but not many people are bothered about stray animals who are not getting food due to the lockdown. We need to shower the same affection on the beings who cannot speak,” added the actress.

On her part, Urvashi makes sure she goes to feed stray dogs.

Meanwhile, Urvashi has also donated Rs 5 crore to aid the fight against the coronavirus pandemic, and says we need to get together and no donation is too small.

“I am extremely grateful to everyone, whatever they are doing, not only to actors, politicians, musicians or professional athletes, but also to the common people, because we all need to be together, and we all need their support, and no donation is too small, and together we can help the world to beat this,” Urvashi said at that time.

Tisca posted two photographs of herself from an ad shoot, which she describes as the “busy beehive that is perhaps the greatest of collaboration known to man”. 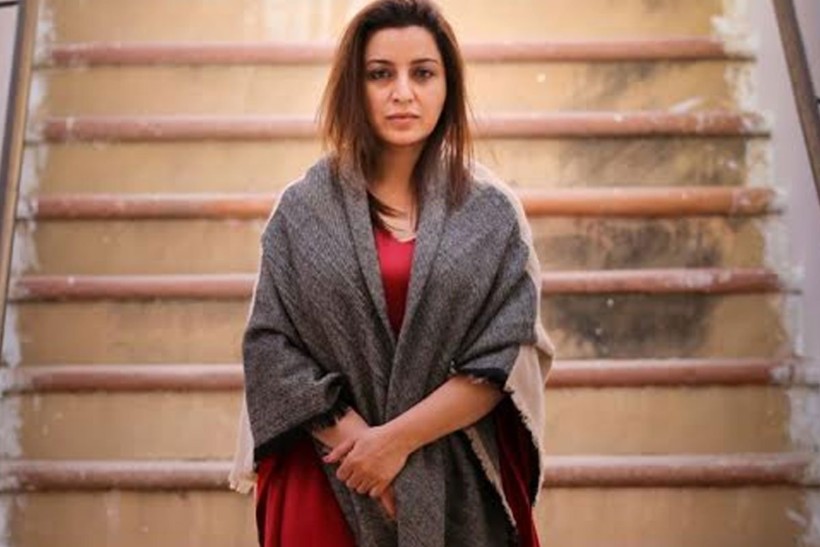 In one image, Tisca is seen getting her touch-ups done. In the second, she is seen behind-the-sets.

“Lockdown diaries day (infinity emoji): Missing what I have done for so many years – acting, sets, shoots. The busy beehive that is perhaps the greatest of collaboration known to man, other than space flights,” Tisca captioned the image.

She added: “This is near Pune – an ad shoot. It was an exceptionally beautiful night with flowers everywhere and a full moon. Here with @edwardlalrempuia who styled us and @urbanchokra who made us shine .. Soon one day, very soon, we’ll be back with more stories, more worlds for you to step into .. What are you missing?”

Sobhita Dhulipala: I miss dressing up

Mumbai– Actress Sobhita Dhulipala says she misses dressing up amid the lockdown.

Sobhita took to Instagram, where she shared a photograph of herself in a beautiful blue halter dress. In the image she could be seen sitting on a staircase, posing in her stunning outfit.

She captioned it: “Okay, I miss wearing a dress and pretending to be a girl.”

Recently, Sobhita had shared a collage of herself in a pregnant prosthetic belly and dressed in a red saree, saying she wanted the “prosthetic belly” she wore in “Ghost Stories” for casual use.

On the work front, Sobhita has been roped in for an important role in director Sashi Kiran’s “Major”. The film marks Telugu superstar Mahesh Babu’s debut as producer and is inspired by 26/11 martyr, Major Sandeep Unnikrishnan. The film stars Adivi Sesh in the title role.

“Major” is inspired by the life of Sandeep Unnikrishnan, the NSG commando who lost his life in the 26/11 terror attack in Mumbai. The bilingual film is being shot in Telugu and Hindi.

Produced by Sony Pictures Films India in association with GMB Entertainment and A+S Movies, “Major” is all set release later this year.

Sonakshi explores her love for drawing faces, as she auctions paintings

Mumbai– Sonakshi Sinha has revealed that she loves to draw faces. The actress on Monday shared a video where she can be seen making a painting of Buddha’s face. Her painting titled “The Enlightened One” has been put up on auction to raise funds for the daily wage earners.

Sharing the video on Instagram on Monday morning, Sonakshi wrote: “I love drawing faces, so decided to draw the most peaceful one – “The Enlightened One” is up for auction to raise funds for the daily wage earners… if you’d like to make it your own, do bid for it on https://bit.ly/FankindAuction (link in BIO as well) @fankindofficial #artbyaslisona.”

Sonakshi has decided to auction her artworks to raise a fund which will help her provide ration kits to daily wage workers. The artworks include digital prints, sketches and large canvas paintings made by the actress over the years.

The actress recently shared a video on social media where she can be seen sitting inside a room full of her creations, sipping a cup of coffee and staring at them.

“Creating art brings a sense of calm and relief to me. And relief is what I want to bring to those for whom this lockdown has been a nightmare. People who have no income and therefore no food to feed themselves or their families, the daily wage earners. With the help of Fankind, I have decided to auction a mix of canvases and hand sketches that I have created with all my heart. The proceeds from the auction will be donated to GiveIndia, to help provide meals to the daily wagers, the homeless and the less privileged…” Sonakshi can be heard saying in the video.

“So select an artwork you would like to bring home and bid generously, because what good are we if we can’t do good for others! Please take good care of my art. I have made it with nothing but love. And I hope it makes you feel proud for helping people, makes your house a little bit more beautiful and makes you feel a little bit closer to me,” she further said.

Mumbai– Shilpa Shetty Kundra’s son Viaan nailed the backflip in a new video shared by the actress on social media. She says her son has taken inspiration from her regular exercise schedule and has shown interest in fitness.

Shilpa took to Instagram, where she shared a video of Viaan performing a perfect back flip.

She captioned the video: “Children always imitate whatever they see their parents doing. Seeing us workout and practice yoga, Viaan started taking an interest in his health and fitness early on. Kids have a lot of energy and it’s important for that enormous energy to be channelised well.”

“He loves gymnastics, so I enrolled him.. But gymnastics without practice can make you rusty. So, we keep practising… keeps him occupied, active, and strong! So, if your kids want to pursue something they must practice because practice makes you perfect, and makes them hungry and sleep well… ha ha ha Stay home, stay safe!” she added.

In other news, Shilpa’s TikTok account is among the top 50 in the world.

On the film front, Shilpa is all set to make her comeback to acting with “Nikamma” and “Hungama 2”.

Los Angeles– Actress Priyanka Chopra Jonas organised a quarantined tea party at her house, and she was all dressed up for it.

Taking to Instagram, Priyanka shared an image in which she can be seen posing with her niece. She flaunted her flowery hat as she wears a black dress.

She also posted another image that shows her soaking in the Sun, wearing white crochet outfit.

“Feeling blessed. The sun, a hat and a cherry lip… it’s a good day,” she wrote.

On the work front, Priyanka will be next seen in Netflix’s “The White Tiger”, which also features Rajkummar Rao. (IANS)