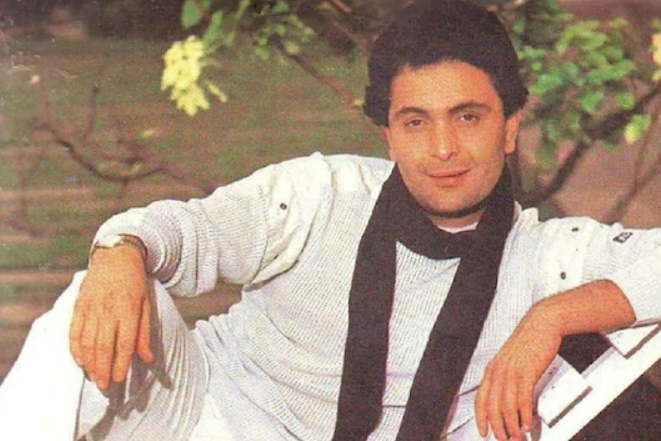 POONAM DHILLON and RISHI KAPOOR were a popular pair of the eighties. They starred together in around 10 films, notably Sitamgar, Yeh Vaada Raha, Zamana, Biwi O Biwi, Ek Chadar Maili Si, and Tawaif. The actress looks back at working with the late Rishi Kapoor, and is too shocked to express her grief.

Mumbai, April 30 (IANS) –It is difficult at this moment for me to even talk about Rishi. It is very painful to talk about him in the past tense. So many images of him are coming in my mind.

He really was one of my favourite actors. Over the years people would ask me which co-star have you been a fan of or admired. I have always said Rishi Kapoor and Kamal Haasan. They are my two co-stars from whom I have really learnt a lot. I have been a grear fan of both of them.

Rishi really is one of the finest, most effortless and natural actors we had. All through his life he had this romantic and loverboy image. But the variety of roles he did — whether it is playing a villain or a bad guy or an old man, any kind of role, put him in any role and he would shine in it. He really was a complete actor and I think the most shining star of the Kapoor family.

We have done quite a number of films together. Anywhere in the world I have traveled to, people would tell me “Yah vaada raha” is one of their favourite songs. People would even convey the same on Insta and Twitter. It has been an immortal creation of R D Burman featuring Rishi Kapoor and myself.

As a person, he was somebody with an amazing sense of humour. He would always reply to texts or WhatsApp messages with something whacky or funny. He was a person who had a zest for life. He was full of life. He enjoyed everything from his work to even being on Twitter! Sometimes he wrote very meaningful and great comments (on social media).

He really lived his life to the fullest. I just wish he had not gone so soon. He still had a lots to do. It is very sad.

When I last met him, he was looking so good and nice. We would text each other on occasions like birthdays, Diwali, New Year and other festivals. I had recently sent him a message wishing him good health. Today, I am going through my old messages with him, our conversations.

It is not an easy time to talk about him like this but he is really a person I would miss as a friend, as a co-star. I would sometimes jump into him asking why are we not doing any film together and we would have a banter about it. He would sometimes say, maine ek do film ki, achha role tha, mujhe laga tu karegi nahi!

I don’t think he was ready to go. I don’t think this is the perfect time. It must be so very traumatic for his children Riddhima and Ranbir. I can’t imagine what his entire family must eb going through. Unfortunately, this is such a time that I can’t even go and meet his family, share their grief and pay my last respect to him. I am sitting alone at home and thinking about him.

He will always be immortal. He has given such a fantastic body of work. He was outstanding in every role. I wish I could spend some more time with him after he came back from New York. When I met him a few months ago, he told me tu ghar nahi ayee mujhse milne ke liye! He was an old friend and we could tell each other things as it is! I regret not meeting him recently. God bless him and his family. He was a tremendous actor and will always be remembered for his roles! (IANS)

Dimple Kapadia: Working on ‘Tenet’ finally made me believe in myself

Bajrang Dal up in arms over web series being shown on...