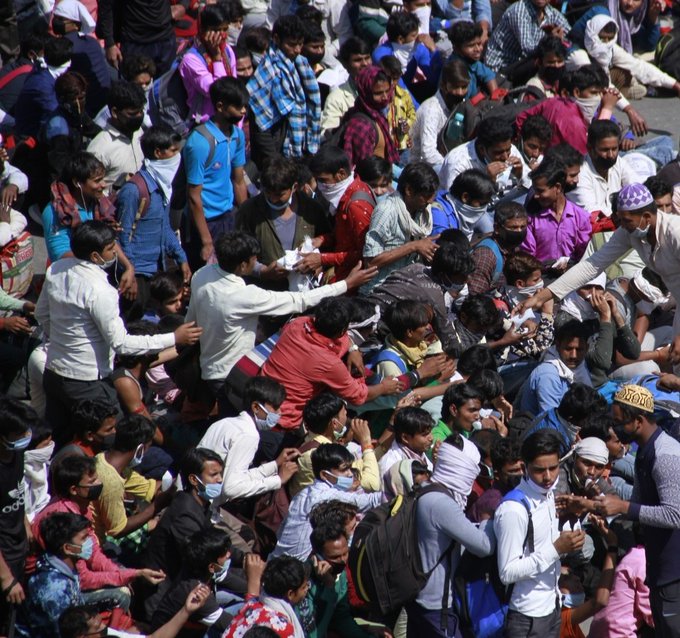 New Delhi– Despite the Covid-19 crisis and the ensuing disruption of daily life, India remains a ‘High Optimism Index’ society with two thirds believing that the worst is over and now things will only get better, according to the IANS C-Voter Covid Tracker’s Index of Panic.

The number of people having no opinion in the last wave has sharply decreased and that drop has almost equally split between the low and high optimism people. The third tracker was conducted on April 4-6 with a sample size of 1,114 across all the states.

Yashwant Deshmukh, Founder-Director, C-Voter International, while giving his insights said that overall India remains a very High Optimism Index society: Almost two thirds of Indians remain high on optimism saying that the worst is over and it will get better from here onwards.

He said it is intriguing to observe the socio-economic patterns in this perception: Females are more optimist. The optimism also goes up with age, as the senior citizens of India are more confident that “we will sail through this crisis”.

Deshmukh said that it is heartening to see that low income groups, while being extremely low on resources, are high on their morale and spirit of “we shall overcome”. The optimism is lower in urban areas as compared to rural India.

On the Index of Preparedness, the question was, “How many days of ration/ medicine etc. or money for ration/medicine etc. is available for your family in your house?”

In the first week after the nationwide lockdown, a large number reported that they do not have enough to last three weeks. In the second week, however, Indian households had prepared better.

Though it remains a fact that a little more than 10 per cent Indians in the bottom of the pyramid still remain in the same category of either hand to mouth or just a day or two of ration with them, but the Indian middle class is reporting a stock of one week going up by several weeks to go through this lockdown period.

A 70:30 split of three weeks’ preparedness (or rather not having enough) has improved to roughly 60:40 and is in the upward direction. It would be interesting to see if in the third week of lockdown people arrange for more stocks in case the lockdown is extended, Deshmukh said.

There are fewer social and more economic patterns to this. Low income groups and low social strata are confirming that they don’t have enough to take care of their families, while the higher income groups have a much bigger buffer to take the shock.

The findings reveal that almost half of urban India is well stocked while only about one third of rural India says there is enough in terms of resources to survive this period.

On the region wise trends, the East India Zone is reporting high levels of anxiety on this front while the West Zone is showing the least, probably because of much larger per capita cash reserve than their counterparts in the East.

Deshmukh added that it is interesting to see that the senior citizens again happen to be the most well-stocked during this crisis, as in their routine they might have been planning better due to their age related issues.

Probably the life-long experience of dealing with crisis is coming handy. This is significant because from the health perspective, the 60-plus age group is most vulnerable in the corona crisis. (IANS)