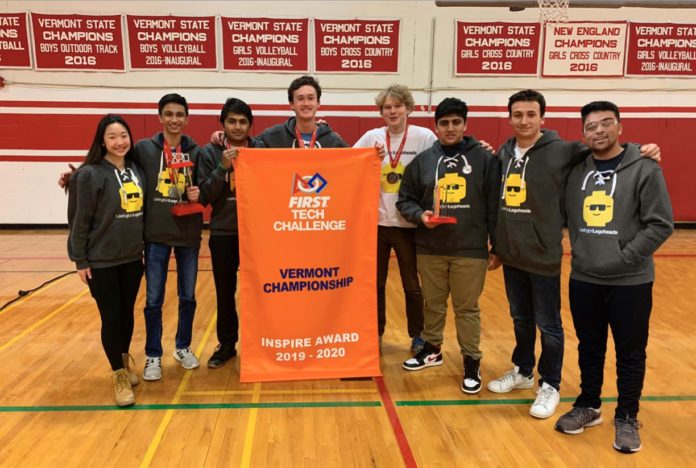 At First Tech Challenge, the Lexington Legoheads won the Inspire Champions award, and became the only team in Vermont to earn a spot at the World Championships in Detroit. The Inspire Award is the highest award given to a team that is nominated in several award categories including design, innovation and robot performance, as well as its efforts to share its knowledge with the community. 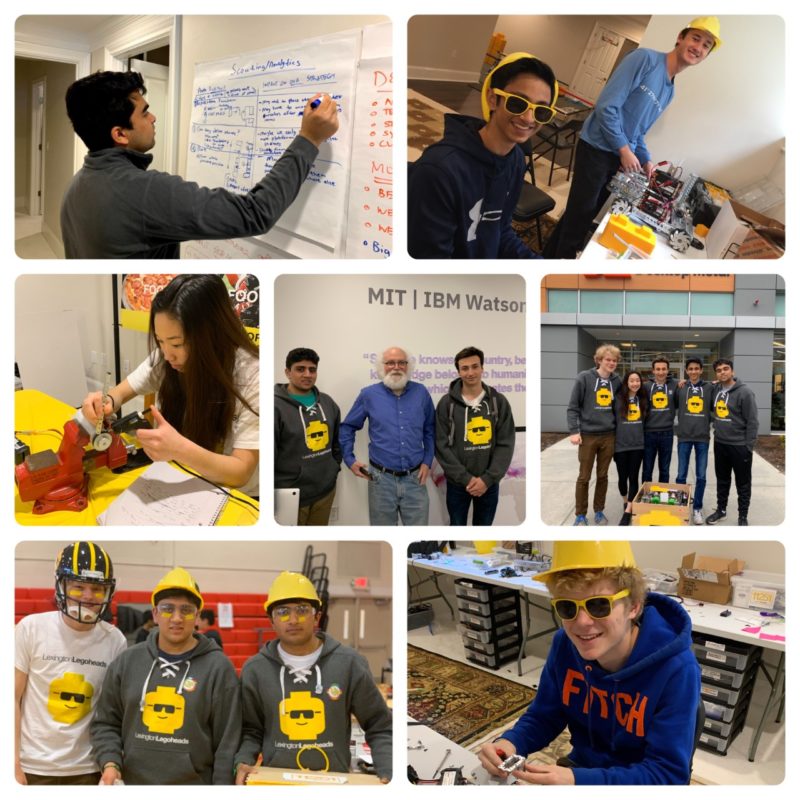 Over the last 10 years, the team has won 39 awards in every category of robotics and innovation in the FIRST robotics competitions. This is the farewell season for the team. They will be joined by five other teams from Massachusetts at this year’s World Championships.

The Lexington Legoheads team started when Rohan Sharma visited the Cary Memorial Library in Lexington, MA, 10 years ago to watch middle school children demonstrate their robots. The team they met at that library mentored them in early days, and now work at famous technology companies such as Amazon, Facebook and Google, or pursue research in science and math at MIT, Stanford and Chicago.

The Legoheads robot is built using a range of metal, 3D printed plastic parts, as well as wood and acrylic, to create a robot that can drive autonomously or be controlled using a gamepad. Members of the team add sensors and electronics in java, and program computer vision. It is sophisticated, college-level work that leads to competing in partnership with another robot to defeat two other robots in a game that lasts 150 seconds.

Robotics is not just for engineers. Competitive robotics is an extraordinary activity to demystify the world of technology through something fun and competitive. Hardware, Software, Design, Fundraising and Outreach activities can lead to careers in engineering, programming, design, mathematics and business. Students who join these teams not only learn about engineering, but also fundraising, marketing, teamwork, public speaking, written communications and organizational skills.

The Legoheads mission is Robotics for Public Good. Over the last 10 years, the team has raised money for a range of causes focused around children’s education – bringing robots to students in in the US and Belize, buying desks for children in Malawi, starting chicken farms in Typhoon-hit Philippines for an orphanage, building science kits for those who have not seen textbooks in three years, and sponsoring in-school lunches for a year for nearly 150 poor students in India.

The team’s supporters include CodeNinjas of Wellesley, where children learn to build video games while learning coding, math, logic and problem-solving, Academy of Creative Arts in Burlington, and Abbott’s Frozen Custard in Lexington, and continues to seek more funding for its outreach and travel.