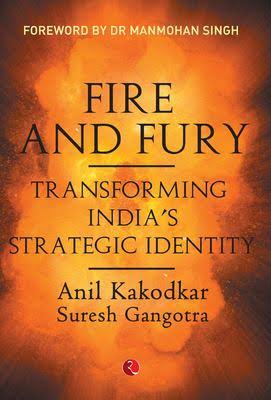 New Delhi– The landmark India-US nuclear deal of 2008 marked a tectonic shift in international politics but it took a lot of hard bargaining to ensure the country’s strategic autonomy was not compromised, says a top scientist who was at the centre of the negotiations — and received the full backing of then Prime Minister Manmohan Singh.

The euphoria in the build-up to the deal “appeared to create an impression that the ‘nuclear weapon status’ for India was around the corner. There were, however, serious pitfalls in the formulations that were being floated,” Anil Kakodkar, the then Chairman of the Atomic Energy Commission (AEC), writes in “Fire And Fury” (Rupa/pp194/Rs 500).

“Thus, even though I was in favour of developing this cooperation from the energy perspective, I was more concerned with preserving and ensuring protection of India’s strategic autonomy, which was under serious threat. The issue of strategic autonomy was crucial for both our weapons programme and sustained development of our three-stage nuclear programme,” Kakodkar writes in the book, which has been co-authored by Suresh Gangotra, the senior technical adivsor to the AEC Chairman.

“I was carefully looking at every word in the proposed formulations from this perspective. Ironically, thus, I myself had to apply brakes on what I had been patiently working on for many years as there could no no compromise on our strategic autonomy,” the author maintains.

Noting that there was a section which felt this was a lifetime opportunity for India which should not be missed at any cost, Kakodkar says he began to “look like a villain coming in the way of a great deal”, adding: “We had defined red lines that nobody should be allowed to cross.”

Colleagues from the PMO, especially Sujata Mehta, then a joint secretary, and Venkatesh Varma, then a director, were a great help through these negotiations. “Internally, I was convinced that the Americans needed us much more than we needed them, and that the deal would go through,” Kakodkar states.

Referring to a brainstorming session in Washington in July 2005 on the evening before the summit between Manmohan Singh and then US President George Bush, attended by the Prime Minister and officials from the PMO and the MEA, to discuss the draft of the statement to be issued after the summit, Kakodkar says: “I had to bring out inherent risks. I explained that we couldn’t open up cooperation in certain areas of the nuclear programme that impacted our strategic programme as well as the three-stage programme and risk their becoming vulnerable to external constraints.”

“I did not support the text and expressed the need for further changes to make it satisfactory from our point of view. I was in favour of the cooperation but the proposed draft was not acceptable,” Kakodkar writes.

The clincher came from Manmohan Singh: “If Kakodkar says no, the we can’t go ahead.”

Natwar Singh, then the External Affairs Minister, asked him for the formulation that would be acceptable and he “scribbled it on a paper napkin lying on the table”. At lunch the next day, MEA officials showed him the latest draft separating India’s civil and military nuclear facilities and placing all the civil nuclear facilities under International Atomic Energy Agency (IAEA) safeguards “which was now acceptable”.

“After the draft was finalised, news broke out about the Joint Statement” issued after the summit that laid down the framework for the nuclear deal. It then took more than three years for it to conclude as it had to go through several complex stages, including changes in Indian and US laws.

When he went to take leave of Manmohan Singh, before returning to Mumbai, the visibly relieved Prime Minister told him: “Yesterday night I couldn’t sleep. I stayed awake, praying throughout. You have saved the country.”

It was clear that “implementation of all elements embedded in the Joint Statement could happen only on the basis of treating India like a nuclear weapon state, even though nobody would say so explicitly. This was a tectonic shift”, Kakodkar writes.

Then, there were the torturous negotiations on the Separation Plan, with the two sides crossing swords till 2 a.m. on the night before President Bush was to arrive in New Delhi for his suumit with Manmohan Singh in March 2006.

“Firmness paid off. The US team conceded to our demands. The next morning, there was the formal meeting in Hyderabad House. By that time, I was already being perceived as being perceived as a difficult nut to crack. When I was introduced to President Bush, he asked, ‘So, you are Kakodkar. Are you happy?’ I replied in the affirmative,” Kakodkar writes.

Noting that Manmohan Singh’s support was “crucial” during the negotiations, Kakodkar writes: “He, at one stage, even made a public statement that the government policy on atomic energy was what the DAE recommended.” (IANS)

Coming from the man who was in the thick of things, Kakodkar’s account is proof enough that the India-US nuclear deal was no “sellout” as has been suggested in some quarters. (IANS)