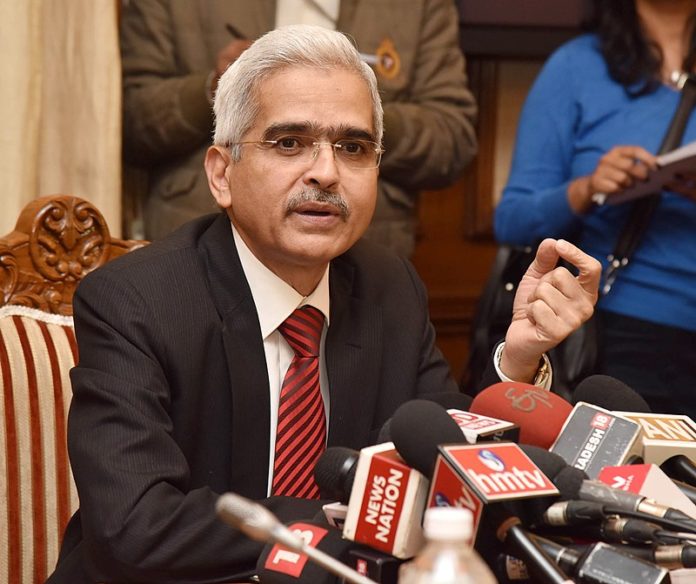 New Delhi– Raising grave concerns over the economic impact of the novel coronavirus pandemic, RBI Governor Shaktikanta Das on Friday said that there is high probability of parts of the global economy slipping into a recession.

Das noted that the global economic activity has come to a near standstill as COVID-19 related lockdowns and social distancing have been imposed across most countries.

“Expectations of a shallow recovery in 2020 from 2019’s decade low in global growth have been dashed,” Das said.

“The outlook is now heavily contingent upon the intensity, spread and duration of the pandemic. There is a rising probability that large parts of the global economy will slip into recession.”

As Das announced an emergency rate cut of 75 basis points, he said that the Monetary Policy Committee refrained from giving any outlook for the country’s inflation and growth due to the prevailing uncertainty.

“In fact, this kind of uncertainty has never been seen before,” he said.

Financial markets have become highly volatile from January onwards due to the outbreak of COVID-19, he said, adding that panic sell-offs have resulted in wealth destruction in equity markets across advanced and emerging economies alike.

Currencies of emerging and advanced economies are experiencing severe depreciation pressure on a daily basis because of fire sales due to extreme risk aversion, the Governor noted.

“At this point, only the US dollar remains safe haven in a highly uncertain outlook. Japanese yen and gold – the other two safe havens till the early part of March – have given way to a flight of cash. International crude prices initially traded with a softening bias from January in anticipation of demand weakening due to the COVID-19 outbreak.”

Speaking on the recent oil price slump, he said that production cut disagreements among key oil producers, however, set off retaliatory supply scale-ups and a price war that plunged international Brent crude prices to a low of $25 per barrel on March 18, 2020.

These developments are likely to dampen inflation across advanced and emerging economies, he added.

Das said that central bank and governments are in “war mode”, responding to the situation with several conventional and unconventional measures targeted at easing financial conditions to avoid a demand collapse and to prevent financial markets from freezing up due to illiquidity.

On Friday, the RBI Governor addressed the media via a video statement to announce an emergency repo rate cut of 75 basis points to 4.4 per cent, among other liquidity measure.

It is a much anticipated step which several industry players and experts have been seeking over the past one month to boost liquidity and the market and business sentiments in the country, amid the coronavirus crisis. (IANS)