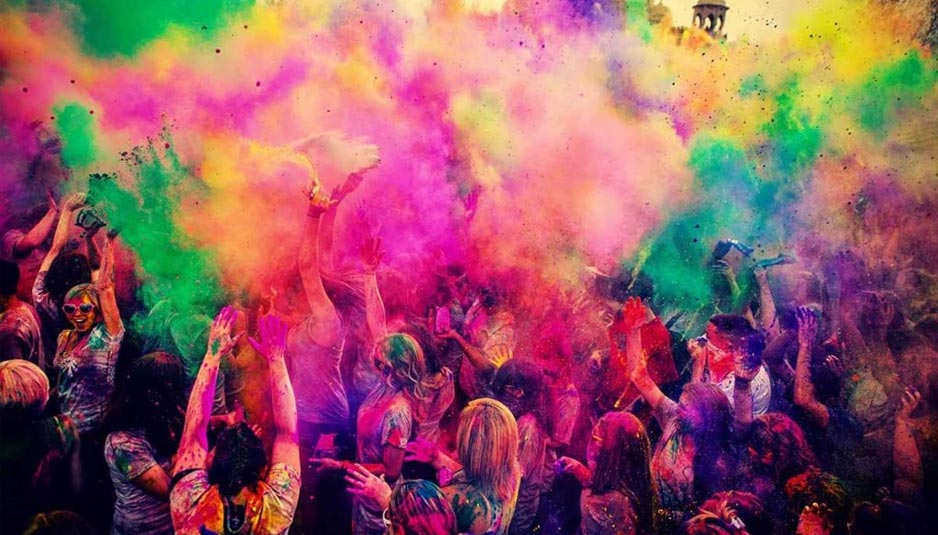 New Delhi– As Indias top leaders avoid participating in Holi celebrations this year and events get cancelled, owing to the dreaded Coronavirus (COVID-19) outbreak, heres a look at how the festival of colours has been celebrated with much fervour across the countrys small towns.

The birthplace of mythical figure and Hindu deity Krishna’s beloved Radha, Barsana, sees some special celebrations during Holi. A village just 42 kms away from Mathura, is famous fro its ‘Lathmar Holi’, where women shower men not with colours, but with strikes of wooden sticks. The next day witnesses men drenching women in the colours of Holi, as a playful revelry unfolds.

Traditional Holi celebrations take on a big avatar in the birth city of Krishna – Mathura, and its adjoining Vrindavan. While the latter sees a natural and organic ‘phoolon ki Holi’, played with flowers, Mathura sees people come down from the entire country and occupy its narrow lanes during the festival of colours.

Kumaoni Holi is the historical and cultural celebration of Holi in the region of Uttarakhand’s Kumaon. A prominent festival for the Kumauni people, it signifies the victory of good over evil and the onset of a new sowing season. The uniqueness of the Kumaoni Holi lies in its being a musical affair, whatever its form, be it the Baithki Holi, the Khari Holi and the Mahila Holi all of which start from Basant Panchmi. The festivities of Holi last for almost two months in Kumaon.

A tourism hotspot like no other, thanks to the majestic Taj Mahal, this city in Uttar Pradesh sees much revelry during Holi. With splashes of colour and ‘bhaang’, an intoxicating drink consumed by many during the festival. It sees domestic and foreign tourists mingling with locals. (IANS)