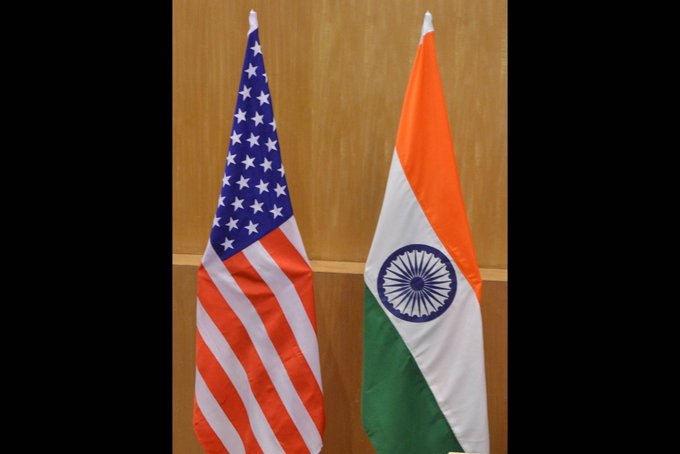 Washington– US President Donald Trump will urge both India and Pakistan to maintain peace and stability along the Line of Control (LoC) in Kashmir and refrain from actions or statements that could increase tensions in the region, a media report on Sunday quoted a senior US administration official.

President Trump will arrive in India on Monday for a two-day visit.

On Friday afternoon, a senior Trump administration official briefed the media on the President’s visit, outlining the issues and projects the president plans to discuss with Indian leaders during the visit, Dawn reported on Sunday.

“What you’ll hear from the president is very much encouraging a reduction in tensions between India and Pakistan, encouraging the two countries to engage in bilateral dialogue with each other to resolve their differences,” said the official when asked if the US leader would once again offer to mediate on the issue of Kashmir.

“We continue to believe a core foundation of any successful dialogue between the two is based on continued momentum in Pakistan’s efforts to crack down on terrorists and extremists on its territory. So, we continue to look for that,” the official added.

“But I think the president will urge both countries to seek to maintain peace and stability along the Line of Control and refrain from actions or statements that could increase tensions in the region.”

Asked if President Trump would ask for Indian troops to maintain peace in Afghanistan after American troops leave the war-ravaged country once a peace deal with the Taliban was implemented, the US official said: “We would just encourage India, as we are all regional countries, to do whatever it can to support this peace process so that it can be successful and we can potentially end 19 years of military, diplomatic, economic engagement.”

The official also referred to US Secretary of State Michael Pompeo’s statement on Friday, in which he said the US had reached an understanding with the Taliban to reduce violence in Afghanistan. “So, we see this as a major step forward, and we’re focused on that,” he said.

Hoping that the agreement the US and Taliban plan to sign on Feb 29 would end America’s military engagement in Afghanistan, the official said the US would continue its diplomatic and economic engagement with that country after the troop withdrawal as well.

“But we certainly would look to India to support this peace process ï¿½ an important country in the region, important to the overall stability of the region. So, I think if the issue comes up, that is what would be the request from the president,” the official said.

The senior administration official said that President Trump would also talk about the two countries’ shared traditions of democracy and religious freedom when he would meet India’s Prime Minister Narendra Modi.

“He will raise these issues, particularly the religious freedom issue, which is extremely important to this administration,” the official said.

“And I think that the president will talk about these issues in his meetings with Prime Minister Modi and note that the world is looking to India to continue to uphold its democratic traditions, respect for religious minorities,” the official said. (IANS)