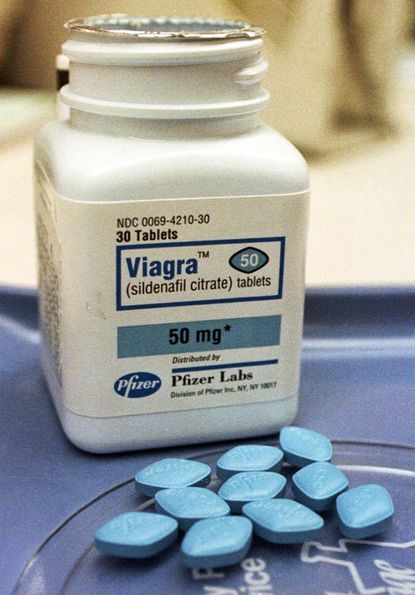 Istanbul-In a warning for first-time Viagra users, a significant study has revealed that the drug commonly used to treat erectile dysfunction may lead to persistent visual side-effects, such as light sensitivity and colour vision impairment in men who have taken the highest recommended dose of Viagra.

While these effects appear to be rare, the researchers suggested that first-time Viagra users should start with a lower dose before increasing it, if necessary.

Sildenafil, more commonly known by its trade name Viagra, is generally regarded as safe with limited side effects.

However, a recent study in Frontiers in Neurology has highlighted the risk of persistent visual side effects.

“Many men use non-prescription performance enhancing drugs to help with sexual anxiety and erectile dysfunction,” said Dr Cuneyt Karaarslan of the Dunyagoz Adana hospital in Turkey.

“For the vast majority of men, any side-effects will be temporary and mild. However, I wanted to highlight that persistent eye and vision problems may be encountered for a small number of users,” Karaarslan added.

Erectile dysfunction can have significant psychological consequences for men who are affected by it, and it can make fulfilling sexual relationships more difficult to achieve.

Sildenafil became available in 1998 as a treatment for erectile dysfunction. It soon became the fastest selling drug in history, demonstrating the phenomenal demand for treatments that enhance sexual performance.

Originally developed as a treatment for high blood pressure, the drug dilates blood vessels and relaxes smooth muscle in the penis, making it easier to achieve and maintain an erection.

The effects of the drug normally last 3-5 hours and although side-effects such as headache and blurred vision occasionally occur, they usually disappear relatively quickly.

However, Dr Karaarslan noticed a pattern in 17 male patients who attended the hospital.

All 17 patients had taken sildenafil for the first time, and all took the highest recommended dose of 100 mg.

None of the men had been prescribed the medication. The visual side-effects began once the drug took effect, and were still present when the men arrived at the clinic 24-48 hours later.

The doctors in the clinic conducted various eye tests and monitored the patients over time to see how their symptoms developed.

Fortunately, in all 17 patients the symptoms had cleared up by 21 days later, but this was doubtless a difficult experience for the men involved.

These men also took the highest recommended dose of sildenafil on their first time taking the drug. Starting with a lower dose may have meant less severe side-effects, the researchers noted.

In addition, taking the drug under medical supervision would likely have meant that the men would not have used such a high dose on their first time.

“Although these drugs, when used under the control of physicians and at the recommended doses, provide very important sexual and mental support, uncontrolled and inappropriate doses should not be used or repeated,” said Karaarslan. (IANS)