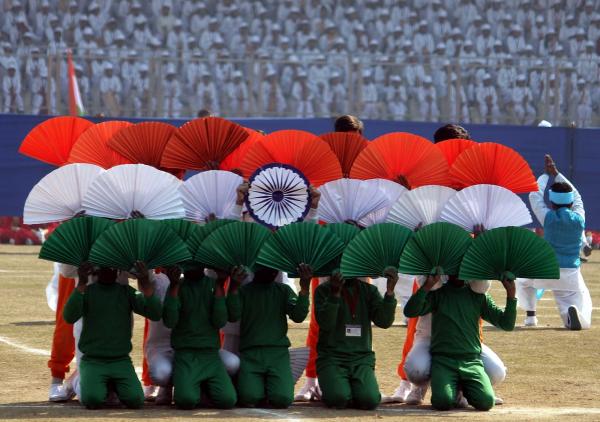 New Delhi–As the nation is all set to witness the 71st Republic Day, the celebration of it will start at 9 a.m. with Presidential flag hosting.

At 9:15 a.m. Prime Minister Narendra Modi will be visiting Amar Jawan Jyoti. He will lay a floral wreath at the National War Memorial.

The Presidential unfurling of tricolour is accompanied with National Anthem being played with a 21-gun salute.

Brazilian President Jair Messias Bolsonaro is the chief guest this year who along with the Prime Minister will watch a stunning display of India’s rich diversity. Twenty-two tableaux will roll down the Rajpath. While 16 of them are from States and Union Territories, remaining six are from various ministries.

A day earlier, President Ram Nath Kovind, on Saturday, invoked Mahatma Gandhi’s message of truth and non-violence and urged the people, especially the youth, to follow non-violence while expressing concern over a cause and stick to constitutional methods of achieving social and economic objectives.

“It should be part of our daily routine to introspect on Gandhiji’s message of truth and non-violence, which has become all the more necessary in our times,” said the President in a televised address to the nation on the eve of 71st Republic Day. (IANS)