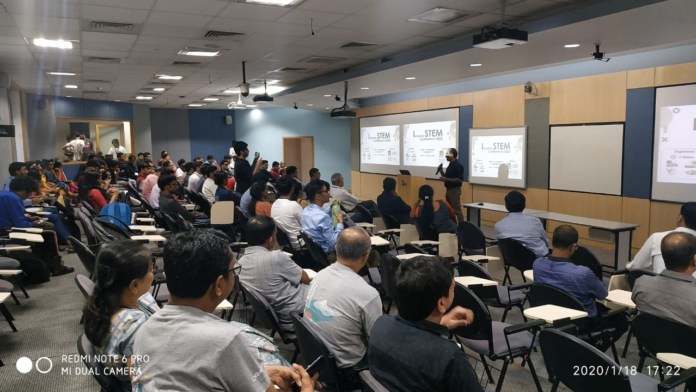 The event, held in Bangalore on January 17th and 18th, has three components. The center-piece is an inclusive hackathon that brings together visually impaired coders with software engineers from the Industry and students from IIIT and other colleges to code on exciting projects in a 24-hour hackathon setting. Confluence also includes a series of hi-tech workshops where visually impaired can learn about latest technical concepts like Artificial Intelligence, Machine Learning and Blockchain as well as accessibility testing and disability-related issues. It also has an Employer Connect Program which connects them with top Employers. 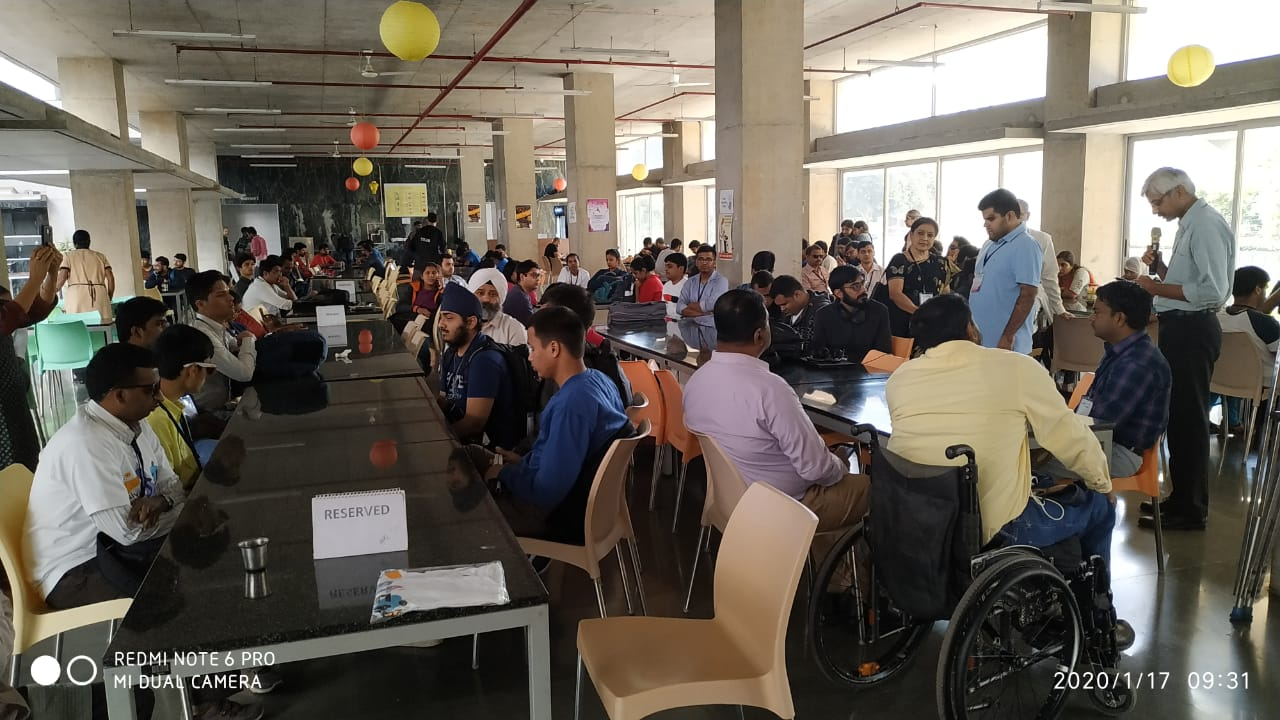 The event was co-sponsored by Intel, Microsoft, and Morgan Stanley. It was also supported with employee and human resource participation from Oracle, Wipro and many others. Mr. S.P.Singh who leads the CSR function at Intel was one of the speakers at the event. Nithya, an Intel developer was one of many industry developers who participated in the 24-hour coding event, enthusiastically writing code, alongside visually impaired participants.

There were seven teams participating in the 24-hour hackathon. There were several interesting projects. Two teams included Vision-Aid students, who were paired with industry engineers from Intel and Oracle, as well as IIITB students to develop projects.

Vision-Aid’s team consisting of Ankit Deb and Kulwinder Singh along with Kartik Arora and Intel developer Nithya, bagged the third prize. The project name, Spot- Me, is a dedicated device that lets the visually impaired know when they are being pointed at by another person nearby. The second Vision-Aid team which included Nagababu and Laxmisagar, along with their mentors from Oracle and students from IIIT Bangalore, implemented and demonstrated the proof of concept on the project named OS-IDEA for Object and Sign Identity detection with extended accessibility. The picture below shows the Vision-Aid team getting the prize at the event. 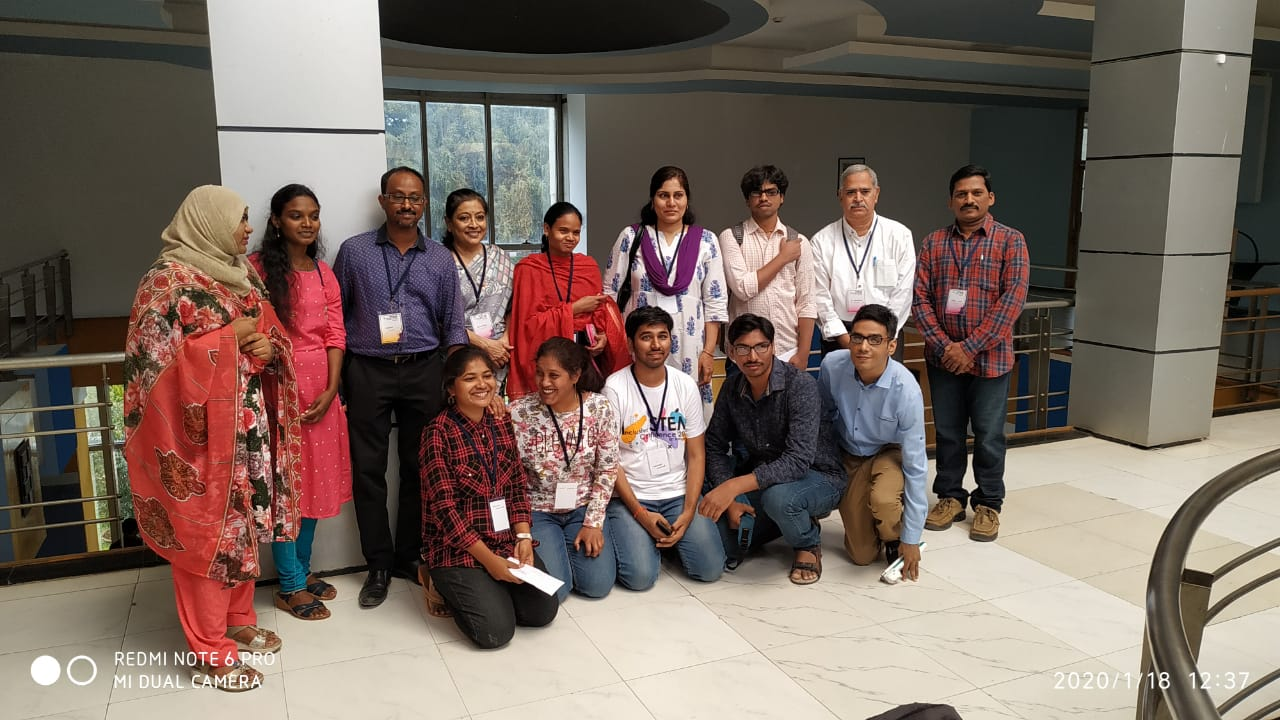 The event also included several interesting workshops including a workshop on Accessibility Testing led by Ashwin Kumar, Lead Vision-Aid instructor on Accessibility testing. The employer exchange allowed job aspirants met employers to connect. There were round table discussions on inclusion and a product expo which showcased many interesting ideas ranging from handwriting-to-text converters and tools to make complex diagrams accessible. 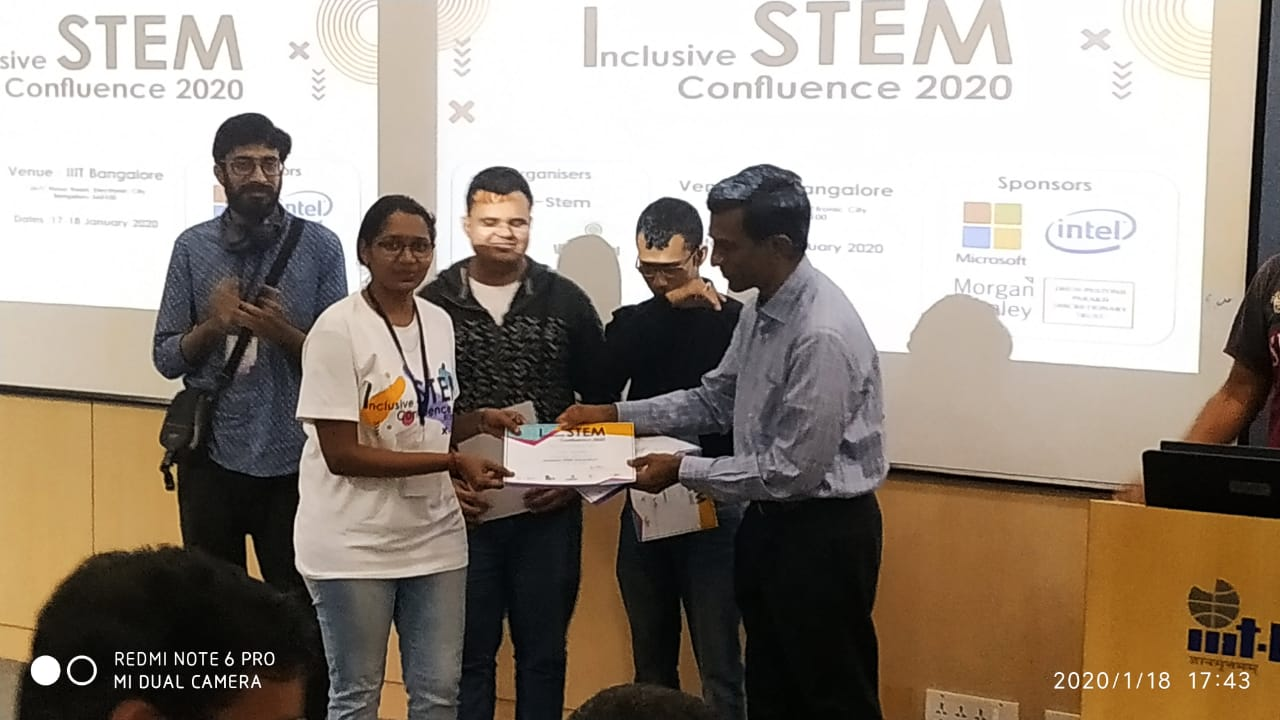 Pranav Savla, one of Vision-Aid’s youngest visually impaired student, who turned 14 on the last day of the event, presented a project “eFile Encryption and Decryption “. Pranav developed the project while taking the Harvard CS-50 class online. He shared a series of audio updates throughout the event, and one of his messages really sums up the overall feeling “It was a really cool and informative event and it’s really cool to be here,” he said.

“Wow, these blind coders are writing even better code than some of my team members” an enthusiastic comment was made by one of the project managers, participating in the Inclusive STEM Confluence event, who works for one of Bangalore’s top tech giants. This comment is one of the outcomes that is hoped for from these events i.e. to create awareness in industry professionals that blind or visually impaired coders are also very talented and can make strong contributions to the Information technology landscape.

Vision-Aid extended heartfelt congratulation to all its students, volunteers and team members, as well as participants and volunteers from all other fellow organizers – I-STEM, IIIT-B, Vision Empower and XRCVC, for another stellar, successful event. For more details about Vision-Aid, visit www.VisionAid.org.