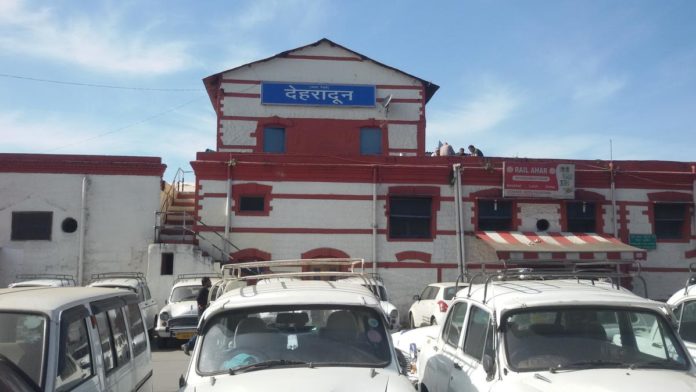 Dehradun–The Railway ministry is now doing its bit to promote the use of Sanskrit in Uttarakhand.

The decision, according to sources, has been taken as per provisions of the Railway Manual, which says that names of the railway stations should be written in Hindi, English and in the second language of the state.

In 2010, the Uttarakhand government had become the first in the country to give Sanskrit the status of second official language.

The then chief minister Ramesh Pokhriyal Nishank had said that he intended to promote Sanskrit in the state. Himachal Pradesh followed suit in 2019.

The order to this effect was issued by Moradabad railway division after a local leader reminded the government of the earlier order.

According to Deepak Kumar, chief public relations officer, Northern Railway, “As per the railway manuals, the names of railway stations are to be written on signboards in the state’s second language, other than Hindi and English.”

He said, “Earlier, Urdu was used on signboards since Uttarakhand was part of UP where Urdu is the second language. We are now making the change after someone pointed this out.”

Rekha Sharma, senior divisional commercial manager (DCM), said, “It was pointed out to us recently that Sanskrit is the second language of Uttarakhand. Hence, names of railway stations should be in Sanskrit too. However, it is a daunting task for us to know how the names of cities will be written in Sanskrit.”

A local Sanskrit teacher said that the names of railway stations in Hindi and Sanskrit will mostly be the same except for an ‘m’-sound in the end.

“Since both, Hindi and Sanskrit use a common Devanagari script, so Dehradun will become Dehradunam, Haridwar will be Haridwaram and Roorkee will be Roorkeeh in Sanskrit,” he explained.

The railway stations which will have Sanskrit names in Uttarakhand include Dehradun, Haridwar, Roorkee, Laksar, Raiwala, Doiwala, Rishikesh, among others.

The Uttar Pradesh government, in an attempt to promote Sanskrit, had declared last year that all government press statements would be issued in Sanskrit also.

However, the initiative died a natural death and only two press notes were issued in Sanskrit. (IANS)