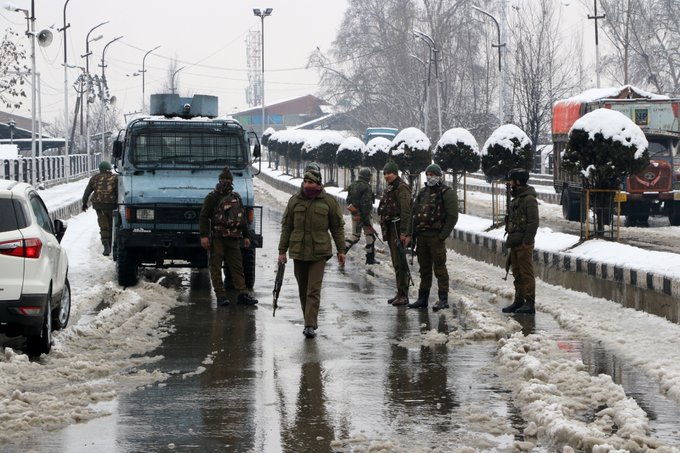 New York– Pakistan’s capability to intervene militarily in Kashmir has been reduced and backing militancy would be a costly alternative for a diplomatically isolated Islamabad, according to a policy analysis prepared for US Congress.

“Pakistan’s leadership has limited options to respond to India’s actions, and renewed Pakistani support for Kashmiri militancy likely would be costly internationally,” a recent report by the Congressional Research Service (CRS) said.

“Pakistan’s ability to alter the status quo through military action has been reduced in recent years, meaning that Islamabad likely must rely primarily on diplomacy,” the report said.

However, it added, “Pakistan appeared diplomatically isolated in August, with Turkey being the only country to offer solid and explicit support for Islamabad’s position”.

Surveying the latest development in Kashmir after Prime Minister Narendra Modi’s government abolished its special status under Article 370 of the Indian Constitution, the CRS said: “Many analysts view Islamabad as having little credibility on Kashmir, given its long history of covertly supporting militant groups there.”

The report was also critical of India’s human rights abuses and restrictions in Kashmir which it described as “self-inflicted damage” and erode its credibility and play into the hands of Pakistan and China.

“Given also that Pakistan and its primary ally, China, enjoy limited international credibility on human rights issues, Islamabad may stand by and hope that self-inflicted damage caused by New Delhi’s own policies in Kashmir and, more recently, on citizenship laws, will harm India’s reputation and perhaps undercut its recent diplomatic gains with Arab states such as Saudi Arabia and the UAE,” the CRS said.

On the policy of the administration of President Donald Trump, the CRS said: “The United States seeks to balance pursuit of a broad US-India partnership while upholding human rights protections, as well as maintaining cooperative relations with Pakistan.”

The report noted that while India received strong support from the US government, it is facing growing criticism in Congress, where two resolutions have been introduced on Kashmir.

The report included a note of caution about the administration’s backing for India.

“Any US impulse to ’tilt’ toward India is to some extent offset by Islamabad’s current, and by most accounts vital, role in facilitating Afghan reconciliation negotiations,” the CRS said.

“President Trump’s apparent bonhomie with Pakistan’s prime minister and offer to mediate on Kashmir in July was taken by some as a new and potentially unwise strategic shift,” it added.

Quoting Indian and foreign sources, the CRS said: “For some analysts, the Trump Administration’s broad embrace of (Prime Minister Narendra) Modi and its relatively mild criticisms on Kashmir embolden illiberal forces in India.”

The report said that the Trump administration has been seen as mostly a “bystander” in the Pulwama crisis and in the Kashmir developments.

In February, a Pakistan-based terrorist group, Jaish-e-Mohammad, engineered an attack on a convoy of security forces in Pulwama, killing at least 40 security personnel.

The CRS acknowledged that India opposes foreign involvement in the disputes with Pakistan and that Washington acknowledges it.

But it said that US diplomacy in the region was hampered by the absence of a Congressionally-approved Assistant Secretary of State of South Asia and an Ambassador in Islamabad.

Alice Wells, who is the acting Assistant Secretary of State for South Asia, has, however, been ably steering US diplomacy through the crises in the region even without a Senate mandate.

After Nisha Biswal quit the post after Trump’s election, a Defense Intelligence Agency official, Robert Williams, was named for the post but the nomination was withdrawn in April. (IANS)

Kashi to be a model for development: Yogi