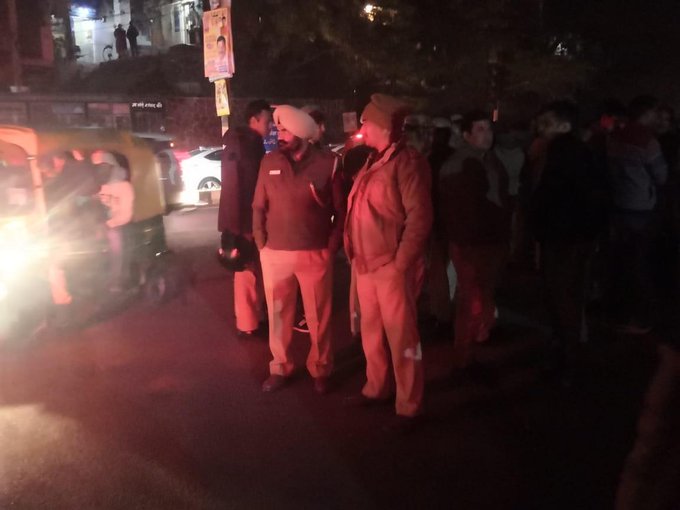 New Delhi– What started with a minor scuffle between two groups of JNU students over registration in the new semester, within days turned the varsity campus into a battle field on Sunday, leaving several students and teachers severely injured.

The violence that shook the entire nation as visuals of profusely bleeding girl students and injured teachers were shared saw its seeds planted on Friday when in an attempt to restrict students from getting registered for new semester, some students allegedly barged into the room used to provide power to Wifi connection to entire campus and shut down the connection.

Top administration officials said that the students were identified and the university is in process to get a FIR registered against them.

“At about 1 p.m., some 15-20 students barged into the Centre for Information System and locked the doors from inside. The electric connection to wifi devices wer shut down by these students,” the official had said.

However from early Saturday, cases of minor scuffles started to rise, with the Left-controlled JNUSU alleging that protesters were beaten up by students aligned with the RSS-affiliated ABVP. The allegation were met by counter allegations by ABVP.

But the situation turned ugly on Sunday when about 20-25 students of the ABVP were thrashed and assaulted by unidentified students, who the ABVP alleged, were members of Left student organisations.

Soon after this incident, widespread violence broke out in the campus with students, including girls, assaulted in their hostel rooms by masked miscreants wielding wooden and iron rods and hostels vandalised. JNUSU President Aishe Ghosh was hit over her eye, with an iron road and taken to an hospital.