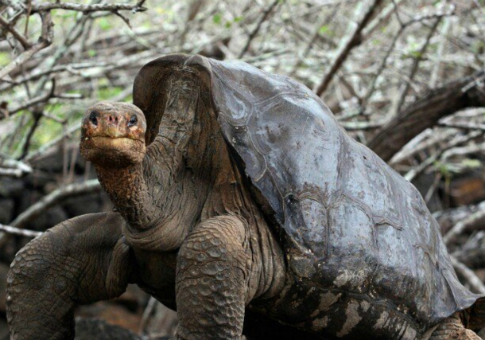 New Delhi–At a time when many humans are striving towards saving the flora and fauna on the planet, 100-year-old Diego too has chipped in to contribute to this noble cause. The giant tortoise has used his legendary libido to help scientists save his species from the verge of extinction, and is now all set to return to the wild on the Galapagos Islands, BBC reported.

Diego was among the 14 males selected to take part in a tortoise breeding programme on the Santa Cruz Island in California, US. Diego’s sex drive was said to be one of the main reasons for the success of the programme.

Of the more than 2,000 giant tortoises bred since the 1960s under the programme, the centurion tortoise fathered an estimated 800.

After the end of the programme, Diego is all set to return to his native island of Espanola in March, the Galapagos National Parks service (PNG) said.

Of the 1,800 tortoises on the island, Diego is believed to have fathered at least 40 per cent of them.

Around 50 years ago, only two males and 12 females of Diego’s species lived on Espanola. To save the species — Chelonoidis hoodensis — Diego was brought from California’s San Diego Zoo.

Diego is at present quarantined before his return to Espanola, one of the oldest parts of the Galapagos.

The Galapagos Islands, 906 km west of continental Ecuador, are a Unesco World Heritage site, visited by hundreds of tourists who wish to see its biodiversity. (IANS)