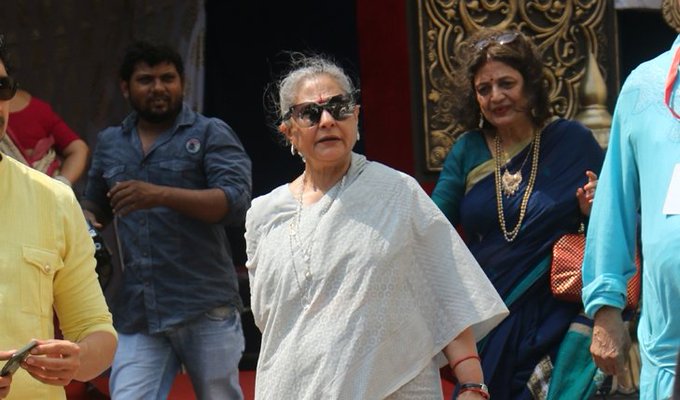 New Delhi– After Samajwadi Party MP Jaya Bachchan on Monday said that lynching was perhaps the only way to put an end to ghastly crimes against women, Twitter users came out in her support.

She was speaking in the Rajya Sabha in the wake of the gang-rape and murder of a veterenarian on the outskirts of Hyderabad on November 27. Her burnt body was recovered the next day.

A fan posted: “Loved you as an actress, will love you for this. #JayaBachchan”.

Another remarked: “Absolutely madam. I think this is the best suggestion. the greatest of fear in someone’s life is getting lynched by the public. The government should introduce this legislation to punish the culprits of gang rape. I think the Juvenile Act should be relooked into too.”

Another Twitter user said: “I agree in principle with Jaya Bachchan that their punishment should be extremely severe and administered in full view of the public. If education, culture and class will not deter them from rape, fear surely will until we find the actual alternative like RGV tweeted.”

A user remarked: “What Jaya Bachchan ji has said today in Parliament is literally the need of the hour. Sometimes government should ignore rules and law and should take bold steps.”

“I completely agree with Jaya Bachchan; enough is enough; if the lawmakers, the protector of state and country aren’t giving strict punishments to curb these crimes, it’s time to hand (criminals) to the public and let the people decide the fate of these monsters,” posted another user. (IANS)