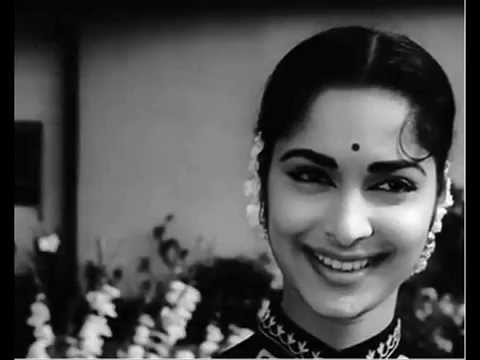 New Delhi– Late playback legend Mohammed Rafi, who would have turned 95 on December 24, left behind a rich legacy of melody, exploring every emotion including romance, comedy, joy, sorrow, anger, despair and patriotism as few others have managed in Hindi cinema.

While it is impossible to pick a handful of hits from Rafi’s priceless ouevre , IANS remembers a few of his eternal songs.

The song from the 1977 film “Hum Kisise Kum Naheen”, was sung by Rafi and picturised on Tariq and Kajal Kiran. The emotion of longing is infused in the song, where the boy is questioning his love interest about all the promises that they made, and how he will never forget her.

The evergreen melody from 1980 film “Abdullah” still has a special place in hearts of people from all age groups. It is used by boys to woo, express their admiration and also a hit wedding songs for senior couples. Sung by Rafi, the song shows romantic moments between Sanjay Khan and Zeenat Aman, wherein the guy is praising his love interest by saying that even the beauty of moon is nothing in front of his ladylove.

With the song, Rafi gave melodic twist to words composed by Shankar-Jaikishan, which became part of 1968 film “Kanyadaan”. Actors Shashi Kapoor and Asha Parekh brought forward a love story alive with the song, which has many cover versions now and is considered to be a romantic anthem for many.

The song was part of 1977 film “Hum Kisise Kum Naheen”, and was picturised on Tariq Khan and Kajal Kiran. It captures emotion of love, where the guy is telling his love interest that she is an integral part of his life by drawing comparisons between the relationship of moon and moonlight. Actor Rishi Kapoor adds a peppy twist to the song. Even after over 40 years, the song is popular. No one can forget the small portion of the recreated version of the song, featuring Shah Rukh Khan and Sushmita Sen, in “Main Hoon Na”.

The song featured in Dilip Kumar’s film “Kohinoor” (1960), where Rafi did justice to Naushad Ali’s composition. The song infused with rhythm of classical music along with the grace of late Madhubala went on to become a big hit.

The song is from Indian classic “Gunga Jumna” (1961). Rafi once again poured his soul into Naushad Ali’s music with sounds steeped deep into Indian ethos giving it a rustic touc. It was picturised on Dilip Kumar and Vyjayanthimala.

Another classic from musical legacy of Rafi, the song featured in 1960 film “Kala Bazar”, which starred Dev Anand and Waheeda Rehman. The song is used to channel emotion of remembrance, where in Dev Anand is seen wandering around a jungle, remembering his love and how everything would be better if she was also with him.

The song from “Shaheed” (1965) is a famous Hindi patriotic song. Rafi used music and sound to narrate the determination of devoted people, coming together from different states, and how they are ready to fight for their country without any fear with lyrics like “Aye watan aye watan humko teri kasam, teri raahon mein jaan tak luta jaayenge”.

The fun song from “Dil Deke Dekho” (1959) was picturised on late Shammi Kapoor. With peppy music and energetic beats, Rafi used his wide varied style to capture the emotion of the guy trying to convince the girl to fall for him. It is still a popular choice for many.

The song is from old classic movie “Pyaasa” (1957), which featured Guru Dutt, Mala Sinha, Waheeda Rehman, Johnny Walker, Mehmood and Tun Tun. The song is one of the most playful numbers from Bollywood. In the song, Johnny Walker is seen as masseur who sings about the benefits of getting an oil massage to the people of the city.