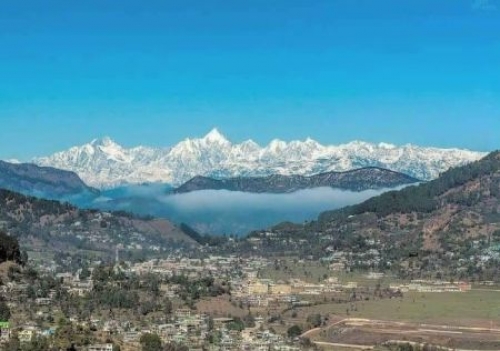 New York– The last remaining tropical glaciers between the Himalayas and the Andes will disappear in the next decade owing to climate change, a new study has found, stressing that the glacier’s melt rate is similar to visiting a terminal cancer patient and documenting the change in their body but not being able to do anything about it.

The glaciers in Papua, Indonesia, are “the canaries in the coal mine” for other mountaintop glaciers around the world, said Lonnie Thompson, one of the senior authors of the study published in the Proceedings of the National Academy of Sciences.

“These will be the first to disappear; the others will certainly follow,” said Thompson, senior research scientist at the Byrd Polar and Climate Research Center at The Ohio State University.

The glaciers, atop a mountain near Puncak Jaya, on the western half of the island of New Guinea, have been melting for years.

But that melt increased rapidly due in part to a strong 2015-2016 El Nino, a phenomenon that causes tropical ocean water and atmospheric temperatures to get warmer.

El Nioos are natural phenomena, but their effects have been amplified by global warming.

The study suggests that the glacier will disappear in the next 10 years, most likely during the next strong El Nino.

Thompson said it is likely that other tropical glaciers, such as those on Kilimanjaro in Tanzania and Quelccaya in Peru, will follow.

“I think the Papua, Indonesia, glaciers are the indicator of what’s going to happen around the world,” Thompson said.

During the 2010 drilling expedition, the team installed a string of PVC pipe sections, connected by a rope, into the ice.

When the stake was measured in November 2015, about five meters of rope had been uncovered, meaning that the glacier surface was melting at a rate of about one meter per year.

A team went back in May 2016, and saw that an additional approximately 4.26 meters of rope had been uncovered – a rapid increase in melting over just six months.

“The glacier’s melt rate is exponentially increasing,” Thompson said. “It’s similar to visiting a terminal cancer patient, and documenting the change in their body, but not being able to do anything about it”.

Globally, glacier melt is a major contributor to sea level rise, which, along with warming ocean waters, can lead to more frequent and more intense storms.

Thompson said the mountaintop glaciers around the world contribute between a third and a half of the annual sea level rise in the Earth’s oceans.

“They are much more vulnerable to the rising temperatures because they’re small and they’re warmer – they’re closer to the melting threshold,” he said.

“If you want to kill a glacier, just put water on it,” Thompson added.

The glacier’s disappearance is a cultural loss too.

The indigenous people who live around the mountain worship it. The ridges and the valleys are the arms and legs of their god, and the glacier is the head,” he said. (IANS)