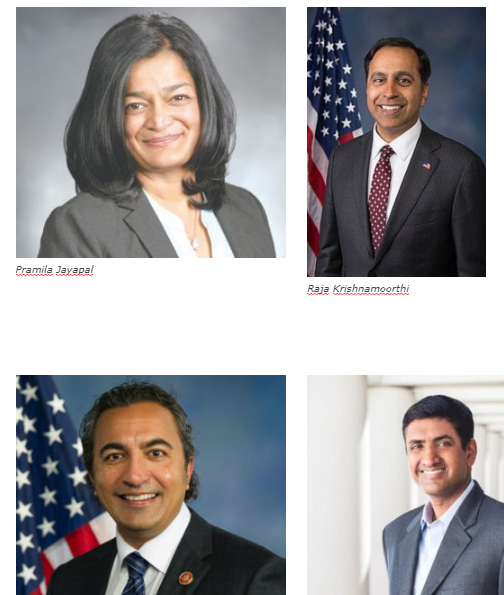 Washington–President Trump has become the third US President to be impeached when the Democrat-controlled House of Representatives, including all four of its Indian-American members, passed two articles of impeachment against him.

On Wednesday night, the House voted to impeach the president on both counts: Article one, for abuse of power, and Article two for obstructing Congress. The first article was passed by 230 to 197 and the second adopted by 229 to 198.

Shortly after she voted to impeach Trump, Representative Pramila Jayapal, a Washington Democrat, tweeted: “President Trump solicited foreign interference before, he is doing it now & he will do it again. He is the smoking gun. This

was a day of accountability and to defend our democracy. So today, to uphold my oath to Constitution and country, I voted to impeach Donald J. Trump.”

Fellow Democrat Raja Krishnamoorthi tweeted: “I just cast my vote in favor of impeachment. This was never anything I expected to do or relished doing tonight. But I swore an oath to protect and defend the Constitution. That’s what I did tonight.”

The other two Indian American congressmen who voted to impeach Trump are California Democrats Ami Bera and Ro Khanna.

“After careful consideration and review of the facts, I have decided to vote yes on both articles of impeachment: abuse of power and obstruction of Congress,” Bera tweeted on Tuesday, the day before the historic vote.

The House will send the impeachment articles to the Senate, where Republicans have the majority. It is extremely unlikely that the Senate will remove Trump. (IANS)