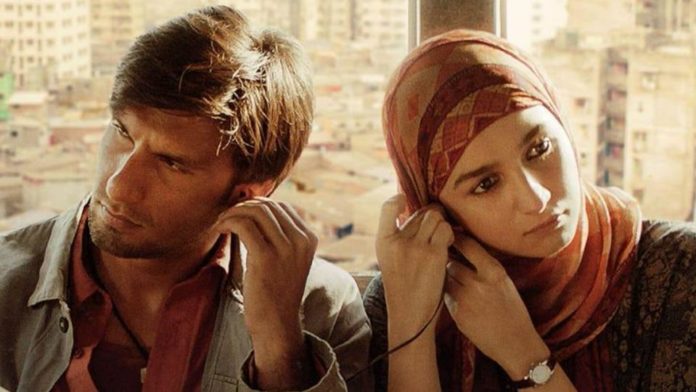 Fifteen films will advance in the documentary feature category after 159 films were submitted in the category, reports variety.com.

In the Documentary Short Subject category, ten films will advance. They are “After Maria”, “Fire in Paradise”, “Ghosts of Sugar Land”, “In the Absence”, “Learning to Skateboard in a Warzone (If You’re a Girl)”, “Life Overtakes Me”, “The Nightcrawlers”, “St. Louis Superman”, “Stay Close” and “Walk Run Cha-Cha”.

Zoya Akhtar’s “Gully Boy”, which was India’s official entry to the Oscars in the Best Foreign Language Film category, is out of the race.

This year in the Foreign Film category, the entries that have made the 10-film shortlist are: “The Painted Bird” (Czech Republic), “Truth And Justice” (Estonia), “Les Misérables” (France), “Those Who Remained” (Hungary), “Honeyland” (North Macedonia), “Corpus Christi” (Poland), “Beanpole” (Russia), “Atlantics” (Senegal), “Parasite” (South Korea) and “Pain And Glory” (Spain).

In Makeup and Hairstyling category, ten films will advance. All members of the Academy’s Makeup Artists and Hairstylists Branch will be invited to view seven-minute excerpts from each of the 10 shortlisted films on January 4, 2020. Members will vote to nominate five films for final Oscar consideration.

In the original song category, 15 songs will advance. They are “Speechless” from “Aladdin”, “Letter to my godfather” from “The Black Godfather”, “I’m standing with you” from “Breakthrough”, “Da bronx” from “The Bronx USA”, “Into the unknown” from “Frozen 2”, “Stand up” from “Harriet”, “Catchy song” from “The Lego Movie 2: The Second Part”, “Never too late” from “The Lion King”, “Spirit” from “The Lion King”, “Daily battles” from “Motherless Brooklyn”, “A glass of soju” from “Parasite”, “(I’m gonna) love me again” from “Rocketman”, “High above the water” from “Toni Morrison: The Pieces I Am”, “I can’t let you throw yourself away” from “Toy Story 4” and “Glasgow” from “Wild Rose”.

Films such as “Dcera (Daughter)”, “Hair Love”, “He Can’t Live without Cosmos”, “Hors Piste”, “Kitbull”, “Memorable”, “Mind My Mind”, “The Physics of Sorrow”, “Sister” and “Uncle Thomas: Accounting for the Days” are in race to make it to the final list in the animated short film category.

The fight for the final list for Oscar in the Visual effects category will be between “Alita: Battle Angel”, “Avengers: Endgame”, “Captain Marvel”, “Cats”, “Gemini Man”, “The Irishman”, “The Lion King”, “1917”, “Star Wars: The Rise of Skywalker” and “Terminator: Dark Fate”.