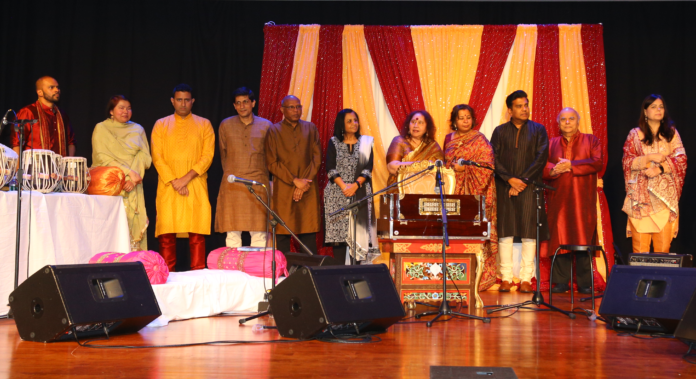 ANDOVER, MA–New England ghazal enthusiasts were treated to an evening of ghazal singing and recitals last month at the Chinmaya Auditorium in Andover, MA.

The show was emceed by Jaya Pandey and opened by honored guest Puran Dang. Harish Dang and Sadia Chaghtai recited from Kiran’s poetry collection ‘Shaayara‘ at various points during the evening.

Kiran was accompanied throughout by Mitali Wahidi on vocals, Chris Pereji on keyboards, Harshal Tole on tabla, and Ishan Capila on guitar.

Each artist performed Kiran’s writings and compositions and each proved to be a revelation in their own right.