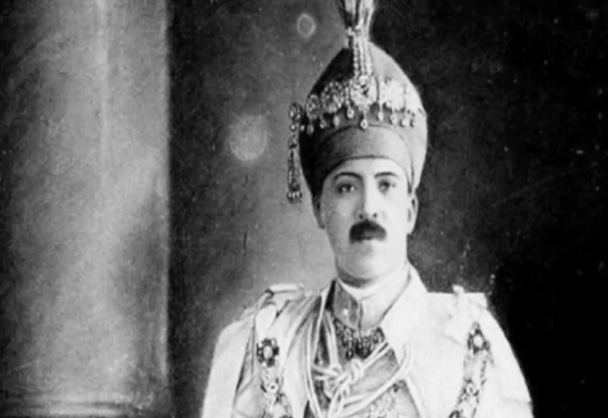 Hyderabad–A battle royale appears on cards as 120 descendents of the last Nizam of Hyderabad are ready to challenge in court any move to deny them their due share in 35 million pound deposited in a London bank seven decades ago.

With the UK High Court on October 2 ruling in favour of India in the 70-year-old dispute, the focus is on the legal heirs of seventh Nizam Mir Osman Ali Khan, the last ruler of Hyderabad State which acceded to India in 1948.

With some reports following the court verdict suggesting that the money will go to Prince Mukarram Jah Bahadur, the titular eighth Nizam and his younger brother Muffakham Jah, other descendents of the last Asaf Jahi ruler are gearing up to claim their share.

Nawab Najaf Ali Khan, one of the grandsons of Mir Osman Ali Khan, told IANS that it was he who took the initiative to get the money stuck in the bank by digging out old records and holding negotiations.

“If those two grandsons are the only claimants as being claimed, why were they sitting quiet till 2013,” he asked.

He claims that he had a solicitor in London to fight the case till 2016 but he was persuaded to come under Nizam Estate to jointly fight the case.

Khan, who claims to be representing interests of 120 descendants, said they were party to the agreement between Nizam Estate and the Indian government to jointly fight the case. They were assured that the money will be distributed among all legal heirs of Nizam.

The UK High Court rejected Pakistan’s claim over the funds deposited in a NatWest Bank Plc during Hyderabad’s accession to India in 1948.

After Partition of India and before the merger of the then Hyderabad state with India, Nizam’s Finance Minister Moin Nawaz Jung had transferred 10,07,940 pounds sterling and nine shillings in the name of then Pakistan High Commissioner in London, H.I. Rahimtoola in the NatWest Bank.

India raised an objection to the transfer, saying the Nizam was not an independent ruler and prevailed upon the bank to freeze the account. Since then, the matter was hanging fire.

The Nizam had refused to accede to India after the country’s Independence on August 15, 1947. He wanted to remain an independent state or join Pakistan. The princely state finally merged with the Indian Union in September, 1948 after an operation by Indian Army.

Pakistan has four weeks to challenge the UK High Court’s ruling. Nizam’s descendants expect some clarity in the case in next 10 days.

“If the two brothers deny us our share, we will go to court. We will not keep quiet,” said Najaf Ali Khan, son of Prince Hasham Jah Bahadur. “We will decide after consulting our legal advisors,” he said when asked if they would approach London High Court or a court in India.

He wondered why nobody raised an objection when he was fighting for 15 years for the money stuck in the bank.

He claims that neither Nizam Trust nor the divorced wife of Mukarram Jah has anything to do with this money.

Khan claimed that his grandfather never stated that only Mukarram Jah and Muffakham Jah are his two legal heirs. “All his sons, grandsons and granddaughters are his heirs,” said Najaf Ali Khan, who is also president of Nizam Family Welfare Association.

Khan said Nizam used to issue a notification on birth of his sons and daughters, naming them as his heirs.

Khan contended if only Mukarram Jah and his brother were the only legal heirs, others would not have received the benefits from various trusts formed by Nizam.

He pointed out that all the legal heirs of Nizam got their share in the Rs 206 crore received from the government of India in 1995 for the sale of fabulous Nizam jewellery.

Najaf Ali Khan’s father Hasham Jah Bahadur was one of the 16 sons of Mir Osman Ali Khan. The Nizam also had 18 daughters. Only a daughter is surviving.

Ten of Nizam’s sons and daughters were issueless. He had 104 grandchildren, some of whom have passed away, family sources said.

About 400 family members of the Nizam clan, mostly 5th and 6th generation, are settled in Hyderabad, other parts of India and abroad.

Mir Osman Ali Khan, who ruled Hyderabad State from 1911 to 1948 and was considered the richest man in the world with a fortune of $2 billion.

After Hyderabad State acceded to India, he was appointed Rajpramukh of the state in 1948 and held the administrative post till 1956 when the title was abolished.

Mukarram Jah, who turned 85 on October 6, spent most of his life abroad — Australia and Turkey. Married five times, he is said to have lost much of his wealth in divorce settlements.

His cousins find fault with Mukarram Jah for his lavish lifestyle and failing to provide the leadership as the head of the family and get them due recognition.

“He could have done a lot for the family members, many of whom are facing financial problems,” they said. (IANS)