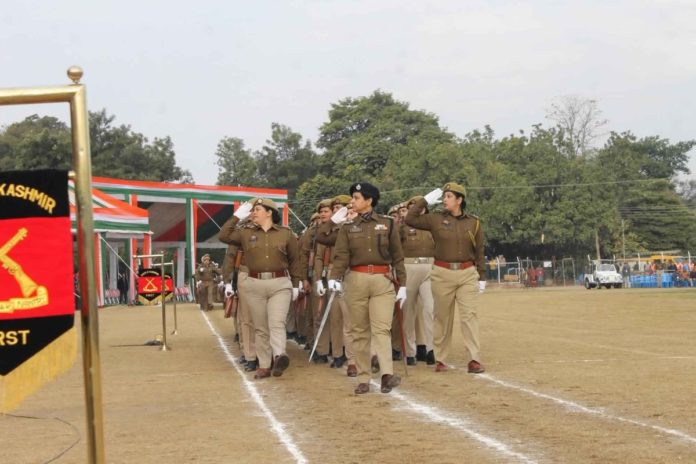 New Delhi–There has been a nearly 21 percent increase in strength of women personnel in various state police forces of the country as per the annual Data on Police Organisations (DoPO) that was released here on Thursday.

As per the report, the total percentage of women cops in police forces in India now stands at 8.73 per cent. The DoPO, which is the flagship publication of the Bureau of Police Research and Development (BPR&D), was released by Union Minister of State for Home G. Kishan Reddy in a function here. BPR&D Director-General V.S.K. Kaumudi was also present.

“There has been 20.95 per cent increase in the strength of woman police which pushed up the total number of women personnel in the State Police Forces to 1,69,550. It brings the total percentage of women in the Indian Police to 8.73 per cent,” said a statement released by the Union Home Ministry.

As per the report, in between the years 2017 and 2018, there has been an increase of 19,686 police personnel in the sanctioned strength of state police forces and 16,051 in the strength of Central Armed Police Forces.

The overall police population ratio, as per the report, has also shown a marginal increase with the ratio now standing at 192.95 policemen per lakh population. Other data contained in the report include overall increase in the number of police stations in the country from 15,579 to 16,422. This also includes cyber police stations in the country whose number has now increased from 84 to 120. Electronic surveillance has improved too, with the addition of 2,10,278 CCTV cameras which as per the latest count stands at 2,75,468.

During the period 2017-18, a total number of 1,24,429 cops were recruited in different ranks. An increase of 20.41 per cent was noticed in the training expenditure on police personnel while about 20,149 family quarters of different types were constructed for cops.

The DoPO is an important compilation of information on police infrastructure, manpower and other resources from all states, union territories, Central Armed Police Forces and Central Police Organisations. (IANS)