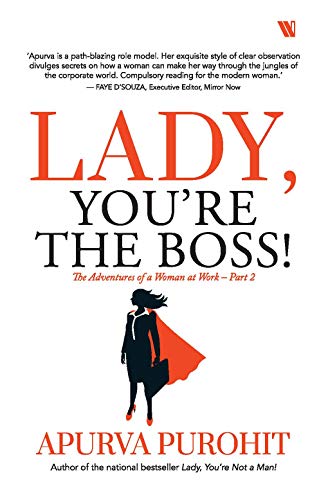 New Delhi–How did five entrepreneurs weather the dotcom bust around 18 years back to launch a successful e-grocery venture that is valued at $950 million today? You may read about it in a new book.

You can also learn about the tactics employed in elections today and study an essential action plan for women, in two other books.

The IANS Bookshelf gives you much to mull over this weekend. Get started!

Entrepreneurship in India has evolved and matured significantly since the turn of the century. Successive governments, through a combination of pragmatic policy-making and focus on execution have accelerated this journey.

Enter a group of five survivors of the dotcom bust – Hari Menon (56) V.S. Sudhakar (58), Vipul Parekh (53), Abhinay Choudhari (47) and V.S. Ramesh (62) – who founded Supermarket Grocery Supplies Pvt, the parent of the BigBasket chain, in Bangalore (now Bengaluru) in December 2011, never forgetting the lessons from their last venture, Fabmart, that in 1999 was way beyond its time in a dial-up era where the Internet was a rarity.

“The journey has not been very smooth or the success unqualified. There were several obstacles and potholes along the way. But every obstacle was an opportunity for learning and we look back at every step of the journey with pride,” say the authors, both of whom hold senior positions with BigBasket, which in February raised $300 million in an Alibaba-led funding round.

What then are the 12 mantras that sum up the essence of BigBasket?

Stay grounded, Don’t lose the ability to be hands-on, Culture is important, Always start with the ‘why’, Delegate but keep track of the most important things, Define your talent strategy thoughtfully, Cut the crap and jargon, Some things are just good to do, Differentiate good costs from bad costs, Process is important, Internal customer centricity, Avoid activity traps.

That’s what cutting through jugaad is all about.

“The emergence of TV and other modern mass media in the late 20th century changed the face of the electoral campaign (in India). Soon, the TV emerged as one of the most effective mediums for election campaigns. Since all the modern electronic devices such as radio, tape recorder, video tapes and cameras were becoming easier to access for the public, the recorded speeches of the key leaders of political parties started circulating rapidly and were played frequently on the streets of small towns and villages, where public gatherings were arranged by the volunteers of the parties,” writes Farhat Basir Khan, the seniormost faculty member at the AJK Mass Communications Research Centre at the Jamia Milia Islamia here.

He traces the story in two parts: The Traditional Approach To Campaigning (1952-1984) and shifts gear from the 9th General Election in 1989, which he terms the second evolution of election campaigns as it marked the entry of professional agencies into the fray.

“Using professional advertising and PR agencies is no longer a choice; it has now emerged as a necessity after the 2014 elections. This has changed the rules of the game forever and raised the stakes by helping strategise the plans of political parties and devising innovative tactics for them to move voters to their side, helping them consolidate their chances even further of winning majority seats,” Khan writes.

But then, can fake news be far behind?

The book provides answers to this question and many more and is a welcome addition to the growing literature on Indian elections.

Apurva Purhoit goes a notch higher after “Lady, You’re Not A Man” with a woman leader’s guide to utilise her full potential for growth.

“When you read this book, you will realise that it invites you to reflect on what you have achieved so far, the restrictions you have imposed on yourself and how you have many times swayed to a tune not of your making, by adjusting and accommodating, by choosing to keep quiet and by allowing yourself to drift. As you reflect, I hope you will recognise that the time has come for you to decide for yourself what you want to do and that this time around, you get to choose what you want. Just remember that your prospects are limitless and infinite, and they will take you where you want to go,” Purohit writes.