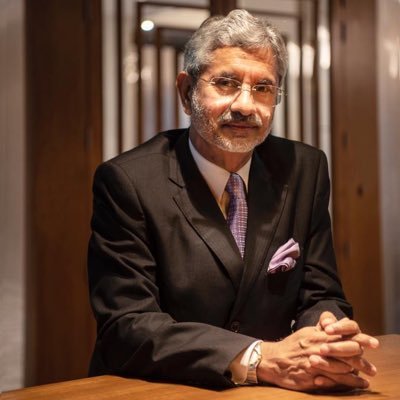 New Delhi– Ahead of Prime Minister Narendra Modi’s visit to the US and his meeting with President Donald Trump during which trade issues are set to figure, External Affairs Minister S. Jaishankar on Tuesday said that bilateral ties are in “very good health”.

With the US voicing concern over the trade deficit, which in 2018-19 stood at $16.85 billion, the minister said that “India-US relations have come a long way. There is no facet of the relationship that has not grown upwards, and the trajectory has always been upwards.”

On the bilateral ties, he said “First thing, the relationship is in very good health, I am very satisfied about the state of relations and very optimistic about where we are going.”

On the nigglings over trade, with Trump voicing concern over Indian tariffs, he said that “As any relationship grows there will be issues. The only way you can not have a trade problem is if you don’t trade. And trade problems often happen with the people you are closest to.”

He said that having trade problems “are normal and indicative of a very substantial relationship”.

He said that after a lot of exchanges mostly at the bureaucratic level, “there will be an effort to take it to a higher level and see where we can find a common ground for give and take, and find a way that works for both of us”.

Jaishankar said that his expectation is that “some of the sharper edges would be addressed, that they would be addressed in some form in the not too distant future”, which would be worked out with the commerce ministers of both nations.

According to a US report, US and Indian officials are nearing a trade negotiation breakthrough which could be unveiled during Modi’s visit.

The Washington Examiner, quoting sources said “I can confirm intensive discussions between [trade officials] on both sides, putting together a trade package.”

US Trade Representative Robert Lighthizer’s team is racing to conclude discussions about the preliminary agreement ahead of Modi’s US visit.

Modi’s visit will include at least one meeting with Trump on Sunday. The framework could set the table for a finalised agreement in November, when Trump may visit New Delhi.

“The trade relationship is in sharp focus right now on both sides,” said Nisha Biswal, president of the Chamber of Commerce’s US-India Business Council. (IANS)