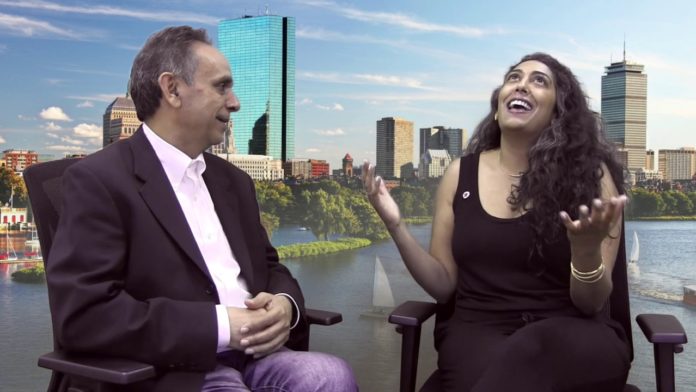 WALTHAM, MA—Since Megha Desai took over as president of Burlington, MA-based Desai Foundation about two-and-a-half-years ago, the foundation has increased its size and activities several fold. On Saturday, Desai Foundation will host its annual fundraising gala Lotus Festival at the Gillette Stadium in Foxborough, home to six-time Superbowl champions the New England Patriots.

The event will feature comedian Nick Stevens and vocalist Ari Afsar. Desai Foundation President Megha Desai gives a preview of the Saturday’s event and talks about services provided by the foundation. To view the full interview, please click here, or on the image below.

This one-of-a-kind evening of food, drinks, entertainment and fundraising will give attendees an exclusive insider’s look at the Desai Foundation’s current work and future goals empowering women and children through community programs in both India and the U.S.