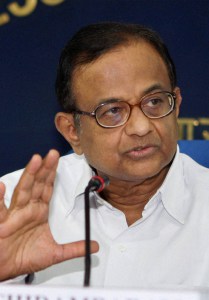 New Delhi–After a Delhi court on Thursday sent former Finance Minister and senior Congress leader P. Chidambaram to judicial custody for 14 days, the Congress said he has been a victim of “persecution” and that at the end of it, he will stand “vindicated.”

The BJP, however, said the “last destination of the corrupt was Tihar jail”.

Congress MP Manish Tewari told IANS: “The court is a small world. There is a difference between persecution and prosecution. Chidambaram is the victim of persecution and at the end of it, he is going to be vindicated because the entire case which is sought to be portrayed does not even rest on the foundation of the fact,” Tewari added. 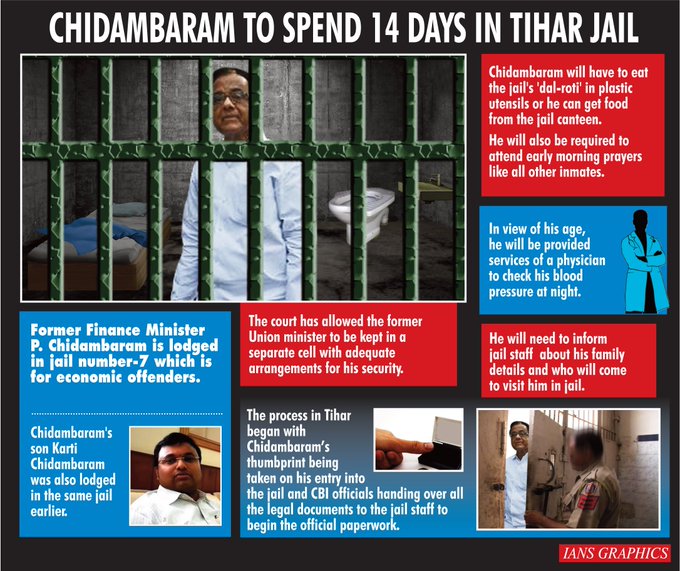 His remarks came after the Delhi court sent Chidambaram to judicial custody till September 19 in connection with INX Media case. The CBI arrested Chidambaram on August 20.

After the court order, Chidambaram’s son Karti Chidambaram told reporters, “I don’t see any merit in the judicial custody (of the former Finance Minister), particularly for the events which happened 11 years ago.”

He said the CBI was still nowhere close to filing a chargesheet. “I hope I will have my father back home very quickly,” he added.

The Congress on its official twitter handle also supported its leader and said, “Those with the power of truth have the strength to fight any injustice”. The party attached the remarks of the former Finance Minister after the court verdict that “I am worried about the economy”.

Taking a dig at Chidambaram, Hussain said, “There also he needs English toilet, a separate room, and all the other facilities. He does not want to leave the luxurious life.” Husaain was referring to the demands of Chidambaram in his application seeking medicines and a western-style toilet in jail along with Z-category security and a separate cell with a cot and a bathroom.

The court has accepted Chidambaram’s demand.

Hussain further said that the Central Bureau of Investigation and the Enforcement Directorate (ED) would not “compromise” on the issues of corruption. (IANS)