Shraddha Kapoor: Not offered ‘Ramayan’ or film with Ranbir

“Contrary to the rumours, I’ve not been approached for either of the films. However, I have just worked with Nitesh sir in ‘Chhichhore’ and he has been a dream to work with so I would love to work with him again,” said Shraddha,who is currently riding high on the success of her latest release “Chhichhore”.

The actress has started shooting for her upcoming film “Baaghi 3”. She will be seen in Remo D’Souza’s “Street Dancer 3D”, co-starring Varun Dhawan and slated to hit the screens in 2020.

Mumbai– Superstar Salman Khan has made a new film announcement, and fans cannot hide their excietemnt on social media. The superstar’s upcoming film is “Radhe”, and it is reportedly set to hit the screens on Eid 2020. 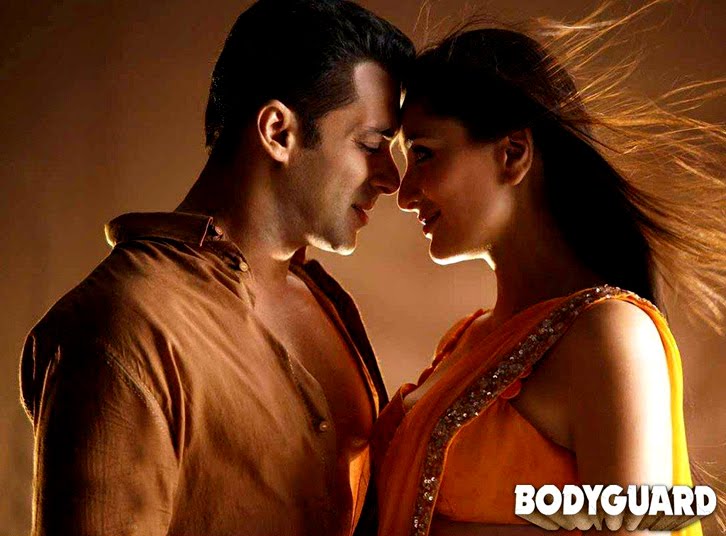 Although no confirmation has come about as to when the film is scheduled to release, fans have already started speculating this is Salman’s Eid 2020 release.

In fact, a user declared: “Confirmed and this party moment for all Bhai’s fans. Salman Khan IN and AS #Radhey coming #Eid2020.”

A social media user commented that he is excited for “#radhey on eid from first name its looking more positive than #inshallah or #Dabangg3.”

According to a “Bollywood Hungama” sources, “Radhe” is indeed Salman Khan’s next release after “Dabangg 3”, which opens on December 20 this year, and it’ll release on Eid 2020.

Titled “My Next Guest with David Letterman and Shah Rukh Khan”, Bollywood’s King Khan has shared his story, and journey starting from Delhi to scaling new heights in showbiz with the host.

There are multiple reports claiming that the episode will release on October 11. However, an official announcement from the streaming service is still awaited.

Back in May, it was announced that SRK will be looking back at his story with Letterman, and that it will be a “stand-alone special”.

Shah Rukh shot an episode of the legendary chat show with the host in May. The ‘King Khan’ also gave Letterman a taste of the stardom he enjoys by bringing him to India for Eid celebration in June. It is believed that the moments were also documented for the episode.

At the time of the announcement, Shah Rukh said that he was “thrilled and honoured to share my story” with Letterman.

He also added that it was “even more special” that this would be on Netflix as he is working with the team on various projects.

Shah Rukh will be entering the digital world with his production “Bard of Blood”, and is also backing zombie horror project “Betaal” and police drama “Class of ‘83”.

Richa to play commercial sex worker in Anubhav Sinha’s next

Mumbai– After wooing audiences with her role in “Section 375”, actress Richa Chadha can’t wait to come up with her next project “Abhi Toh Party Shuru Hui Hai”.

Directed by Anubhav Sinha, the film is touted to be a black comedy in which Richa will be seen playing the role of a commercial sex worker.

Talking about her upcoming film, Richa said: “I’m doing all sorts of roles now. These are going I explore all facets of my personality. I’m doing this comedy part for a movie with Anubhav Sinha. I play a character called Softie who has a lisp in her talk.

“After ‘Section 375’, I am glad that the next film people will see me in will be so different. Anubhav Sinha’s next ‘Abhi to Party Shuru Hui Hai’, where I play this crazy character called Softie! Comedy is my favorite genre and I thoroughly enjoy it. In fact, have been actively trying to do more in the comic space, which is why I dived headfirst into stand up for a special show as well.”

Mumbai– Filmmaker Zoya Akhtar is overwhelmed with the kind of support that the Hindi film industry has extended to her film, “Gully Boy”, ever since it was announced as Indias official entry at the Oscars.

“It is overwhelming when you see such positivity from your industry and fraternity. There has been a lot of support and we are just very happy. I am very grateful for this chance,” said Zoya, adding that many Bollywood actors and filmmakers have been congratulating the film’s team over the past few days.

“I am very happy for myself, for my production team and my crew. Let’s see what happens. Now, the work starts,” said the filmmaker.

Recently, the popular Netflix “Lust Stories”, where Zoya is a co-director with three others, was nominated for the 2019 International Emmys.

“It’s been a very good year. Over the past year, ‘Lust Stories’, even ‘Made In Heaven’ and ‘Gully Boy’, have been well received by the audience. So, it’s been a positive year and I am very excited,” she said.

Talking about her upcoming projects, Zoya said: “We are working on season 2 of ‘Made In Heaven’. After that, we are making another show. Apart from that, Reema (Kagti) and I are scripting my film, and her (Reema Kagti) film. We are also doing a docu-series so, (her production company) Tiger Baby Films is in full swing right now.” Zoya was interacting with the media at and event in the Jio MAMI Mumbai Film Festival in Mumbai.

The batting great quoted a popular dialogue of Bachchan’s superhit movie “Agneepath” to extend his wishes to the megastar.

On Tuesday, Union Minister Prakash Javadekar had announced on Twitter the news of Bachchan being selected for the award. “The legend Amitabh Bachchan who entertained and inspired for 2 generations has been selected unanimously for #DadaSahabPhalke award. The entire country and international community is happy. My heartiest Congratulations to him,” Javadekar had tweeted.

Bachchan, 76, who has been a part of Indian cinema for over four decades, was awarded the Padma Vibhushan – the country’s second-highest civilian honour – in 2015.

New York– Superstar Shah Rukh Khan’s daughter Suhana Khan has become a popular social media sensations in a short time, her viral pictures on the internet being proof of the fact.

Currently, her pictures with friends from the New York University are doing the rounds on the Internet.