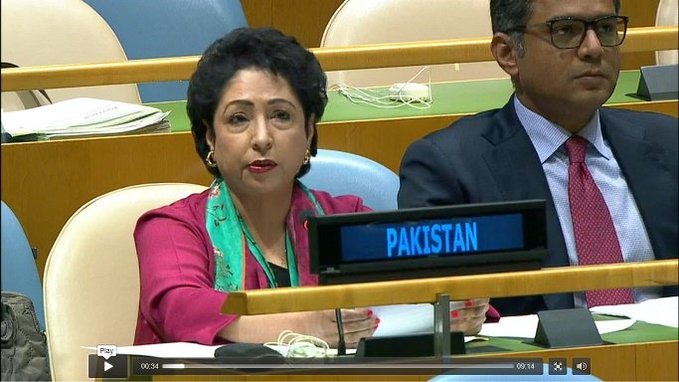 United Nations–After the UN Security Council (UNSC) concluded its informal consultation on Kashmir, Pakistan’s envoy to the UN Maleeha Lodhi said the voice of the Kashmiri people has been heard in the highest diplomatic forum in the world.

Following the UNSC closed-door consultation here on Friday, Lodhi claimed the people from Jammu and Kashmir may be in locked up state, but their voices were heard at the UNSC.

The UNSC meeting was held on Friday after China’s insistence to hold a discussion on the current situation of affairs in Jammu and Kashmir following India’s decision to revoke its special status.

The UNSC had earlier declined Pakistan’s request to hold a formal session on Kashmir with its participation.

Lodhi said: “We stand ready for a peaceful settlement of the dispute of Jammu and Kashmir. This meeting nullifies India’s claim that Jammu and Kashmir is an internal matter. The whole world is discussing….

“The fact this meeting took place is testimony that this is internationally recognized dispute, and there was also an effort to stop this meeting… This meeting confirmed the validity of UNSC resolution on the occupied state of Jammu and Kashmir.”

On August 5, India scrapped the provisions of Article 370 and as a result, Jammu and Kashmir lost its special status. It was also bifurcated into two Union territories — Jammu and Kashmir, and Ladakh. (IANS)