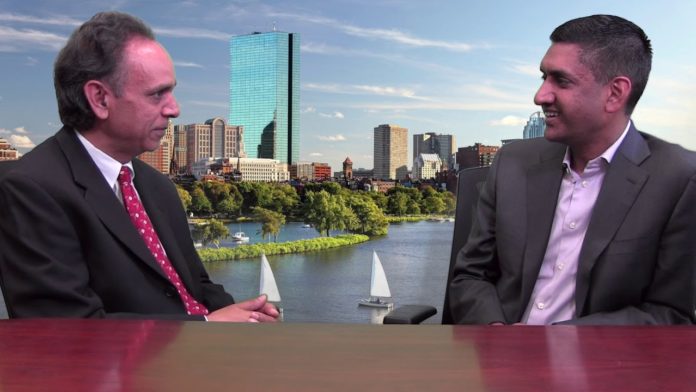 WALTHAM, MA—US Congressman Ro Khanna (D-CA) represents the California 17th Congressional District, which is located in the heart of Silicon Valley in the Southern area of the San Francisco Bay Area. It is the most high-tech district in the world. The district encompasses portions of both Santa Clara County and Alameda County including the cities of Fremont, Newark, Sunnyvale, Cupertino, Santa Clara, North San Jose, and Milpitas.

Rep. Khanna sat down for a Face-to-Face interview with Upendra Mishra and talked about a wide rage issues affecting the United States today, including healthcare, student loan, dignity, racism, President Trump, Republicans in US House of Representatives and Senate.

He said Mr. Sanders stands for dignity, health and education for America. To watch the full interview, please click here or on the image below.