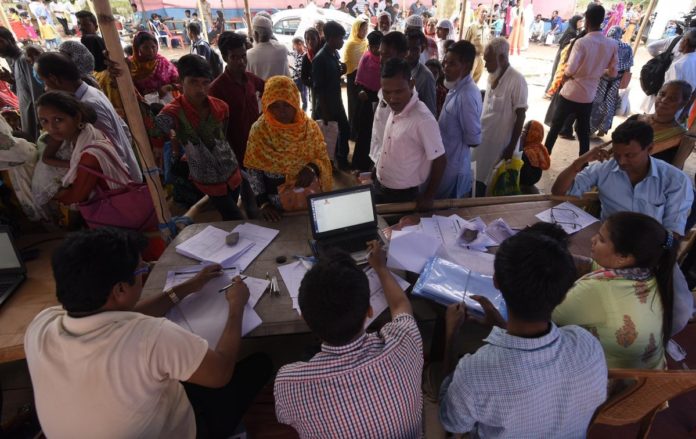 New Delhi– The much-awaited final National Register of Citizens (NRC) list is out, but the BJP is not happy. Fearing exclusion of a large number of Hindus from the list, the saffron party’s man in the northeast Himanta Biswa Sarma on Saturday said he had lost all hope in the NRC.

Sarma expressed his unhappiness hours before the release of the final list, which has left out 19,06,657 people.

“We lost hope in the present form of the NRC right after the draft. When so many genuine Indians are out, how can you claim that this document is a red letter for the Assamese society.” said the Assam Finance Minister, who is often hailed as the “Amit Shah of the Northeast”.

“The NRC is no quarter-final, semi-final and final for driving out Bangladeshis. Wait for a while and you will see more finals under the BJP regime,” he added.

Over the past two months, the BJP has tried everything. Both the Centre and the state filed petitions in the Supreme Court seeking re-verification of the NRC data, but the pleas were turned down after NRC Coordinator Prateek Hajela’s objected to the request.

The BJP leaders have since gone on record to allege that the process does not help Assam’s indigenous people, but illegal Bangladeshis. Once the result of the final NRC became apparent, BJP state General Secretary Dilip Saikia even vented his anger against Hajela.

Top BJP sources say, about a month back, during the last Parliament session, Sarma camped in the national capital for two days, to chalk out the party’s post-NRC strategy.

Interestingly, it was present BJP Chief Minister Sarbanand Sonowal, who espoused the cause of an updated NRC, which started four years ago on the Supreme Court’s directions.

On Friday, Sonowal asked people not to panic and said his government will provide legal aid to the poor, who are excluded from the final list.

The Home Ministry has also extended the time to file appeals against exclusion from the final NRC list in the Foreigners Tribunal from 60 to 120 days.

“As long as the appeal is there (pending), no one will be treated as foreigner,” assured Sonowal.

Meanwhile, the TMC, which has criticised NRC process in the past, is silent on the matter.