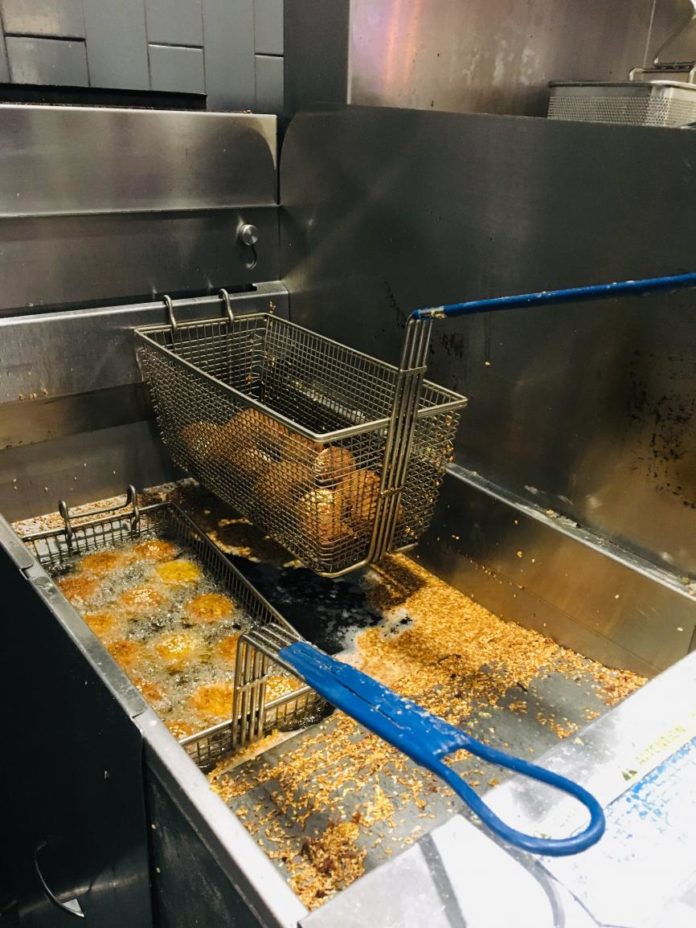 AMHERST, Mass. – Foods fried in vegetable oil are popular worldwide, but research about the health effects of this cooking technique has been largely inconclusive and focused on healthy people. For the first time, UMass Amherst food scientists set out to examine the impact of frying oil consumption on inflammatory bowel disease (IBD) and colon cancer, using animal models.

“People with colonic inflammation or colon cancer should be aware of this research,” says Jianan Zhang.

Guodong Zhang, whose food science lab focuses on the discovery of new cellular targets in the treatment of colon cancer and how to reduce the risks of IBD, stresses that “it’s not our message that frying oil can cause cancer.”

Rather, the new research suggests that eating fried foods may exacerbate and advance conditions of the colon. “In the United States, many people have these diseases, but many of them may still eat fast food and fried food,” says Guodong Zhang. “If somebody has IBD or colon cancer and they eat this kind of food, there is a chance it will make the diseases more aggressive.”

For their experiments, the researchers used a real-world sample of canola oil, in which falafel had been cooked at 325 F in a standard commercial fryer at an eatery in Amherst, Massachusetts. “Canola oil is used widely in America for frying,” Jianan Zhang says.

Decker, an expert in lipid chemistry, performed the analysis of the oil, which undergoes an array of chemical reactions during the frying process. He characterized the fatty acid profiles, the level of free fatty acids and the status of oxidation.

A combination of the frying oil and fresh oil was added to the powder diet of one group of mice. The control group was fed the powder diet with only fresh oil mixed in. “We tried to mimic the human being’s diet,” Guodong Zhang says.

Supported by grants from the U.S. Department of Agriculture, the researchers looked at the effects of the diets on colonic inflammation, colon tumor growth and gut leakage, finding that the frying oil diet worsened all the conditions. “The tumors doubled in size from the control group to the study group,” Guodong Zhang says.

To test their hypothesis that the oxidation of polyunsaturated fatty acids, which occurs when the oil is heated, is instrumental in the inflammatory effects, the researchers isolated polar compounds from the frying oil and fed them to the mice. The results were “very similar” to those from the experiment in which the mice were fed frying oil, suggesting that the polar compounds mediated the inflammatory effects.

While more research is needed, the researchers hope a better understanding of the health impacts of frying oil will lead to dietary guidelines and public health policies.

When we think about nature vs. nurture, we’re biased: Here’s why