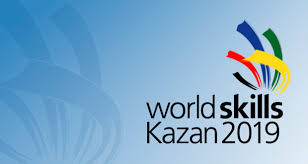 New Delhi–The Indian contingent at the recently concluded WorldSkills competition in Russia’s Kazan has bagged five medals – including a gold medal – and finished at the 13th position amongst all participating countries.

For the first time ever, India has secured a gold medal in the competition which is the biggest vocational education and skills excellence event in theAworld. Around 6,500 competitors from 63 countries had participated in the event in Kazan this year.

The gold medal for India was won by Aswatha Narayan Sanagavarapu, who belongs to Odisha, in the Water Technology category. He was also awarded ‘Best of Nation’ among all competitors from India. He had competed against participants from 11 countries.

Apart from the medals, the Indian contingent also won 15 medallions in various categories. The 48-member team from India comprised youth in the age group of 18 and 25, six of whom were women. More than 70 per cent of participants were from Tier II and Tier III cities of the country. The competitors from India took part in 44 skills in the competition. (IANS)