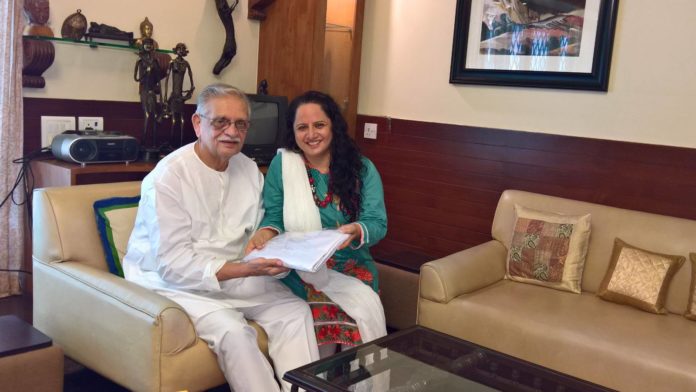 (Editor’s note: This article is written by Waseem Altaf, a Pakistani die-hard fan of Indian poet and lyricist Gulzar. Mr. Altaf went out of his way to send a gift of love to Gulzar through Boston poetess Sunayana Kachroo. This article is adapted from Mr. Altaf’s post on Facebook. Photos courtesy of Mr. Altaf.)

My friend Sunayana Kachroo is a Kashmiri pandit and is settled in the United States. She herself is a poetess and is well known among literary circles in India and abroad.

During our discussions I soon found out that among many others in the Indian film industry she was also connected with Gulzar Saab, the film director, lyricist, screenwriter, producer, poet and author. When Sunayana told me that she had plans to visit India in July this year, it was then that the idea struck. 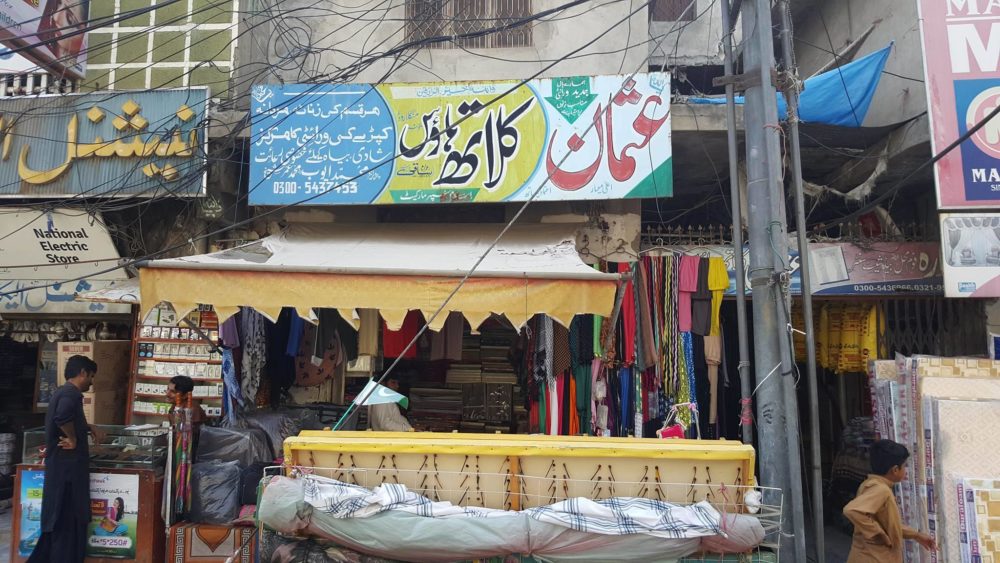 Dina is a small town on the GT road, 100 kilometers from Islamabad towards Lahore. Sampooran Singh Kalra a.k.a Gulzar was born in Kurla, a small village 3 kilometers from Dina, on August 18, 1934. Later, his father shifted to Dina, purchased a house, and on the exterior side set up shops. 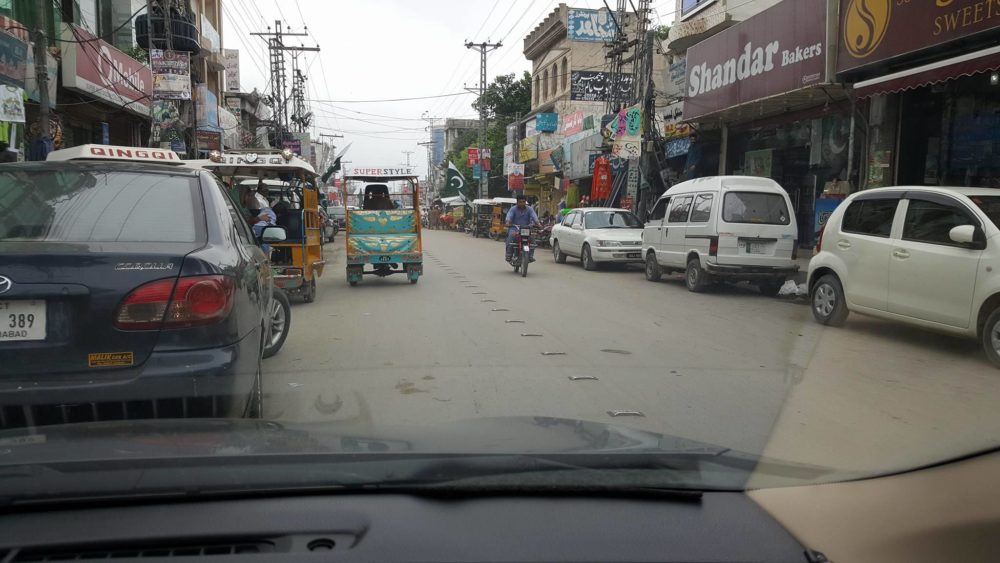 Gulzar’s father Makhan Singh Kalra was a cloth merchant who would frequently shuttle in between Dina and Delhi. And it was during partition that his family along with so many other families had to leave their ancestral place forever. Perhaps we cannot imagine how it feels when one fine morning you are told to hand-carry just a few belongings and leave before sunset; and forget about everything else you own, business and property, lands and savings, childhood memories, kites and toys, with no prospect of coming back. 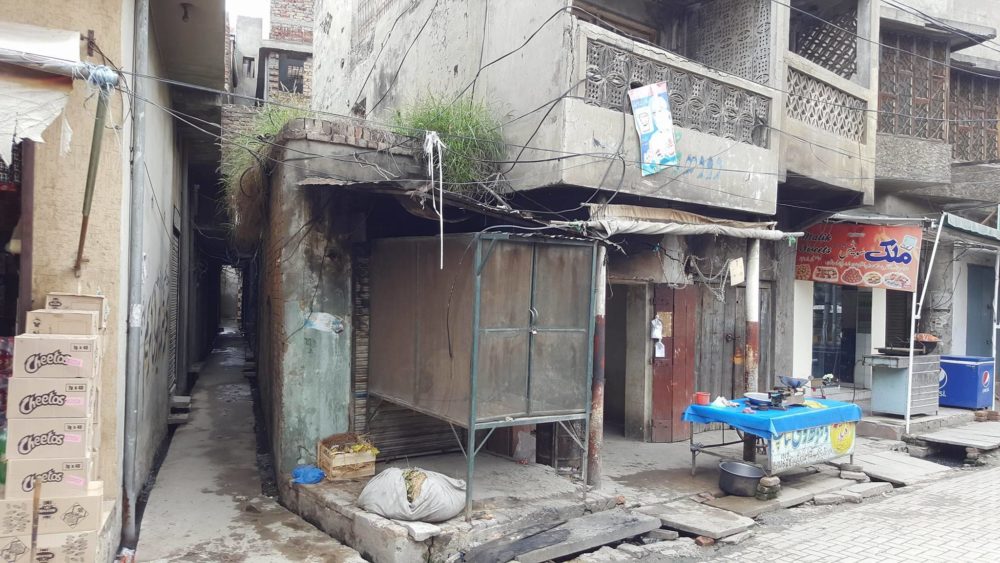 There were countless such families who were completely blank as to where they would go on the other side of the Radcliffe line. Gulzar Saab’s family went to Delhi and it was from here that he later moved to Mumbai where he began his career in a garage as a painter. It was much later after a long struggle that he was able to step into Bollywood and owing to his creative genius and hard-work that he was able to make his mark as an outstanding writer and director.

Although Gulzar Saab was well established in Bollywood, yet being a true romantic he retained his connection with the soil to which he belonged. In one of his poetry compilations namely “Chand pukhraj ka” he writes “Zikr Jhelum ka ho baat ho Deenay ki’ ‘Chand pukhraj ka raat pashmeenay ki.” It seems the longing to come back to his “janambhoomi” was always there but it was after 70 long years that he was able to return to his place of birth. 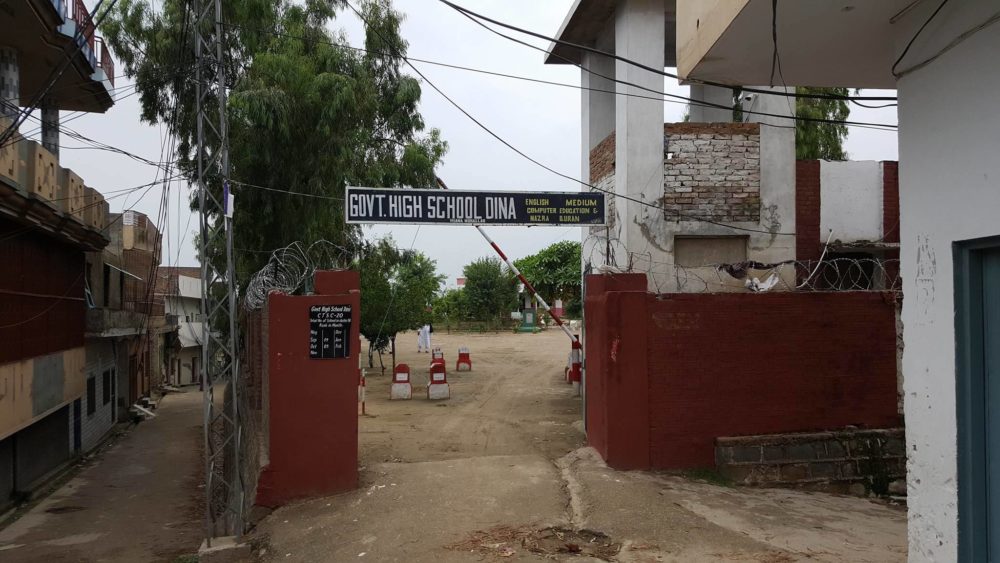 In February 2013, Gulzar Saab came to Dina. It was a highly emotional journey back to the roots, rekindling extreme nostalgia.He visited his house and then strolling through the streets went all the way to the school where he once was a student.

It was in this background that I thought I should send a memento to Gulzar Saab from Dina through my friend Sunayana. So I traveled to Dina and from a clothing shop I bought a white unstitched piece of cloth for Gulzar Saab (He only wears white kurta and pajama.) Then I went to the house where he lived and the school where he studied and took some photographs. 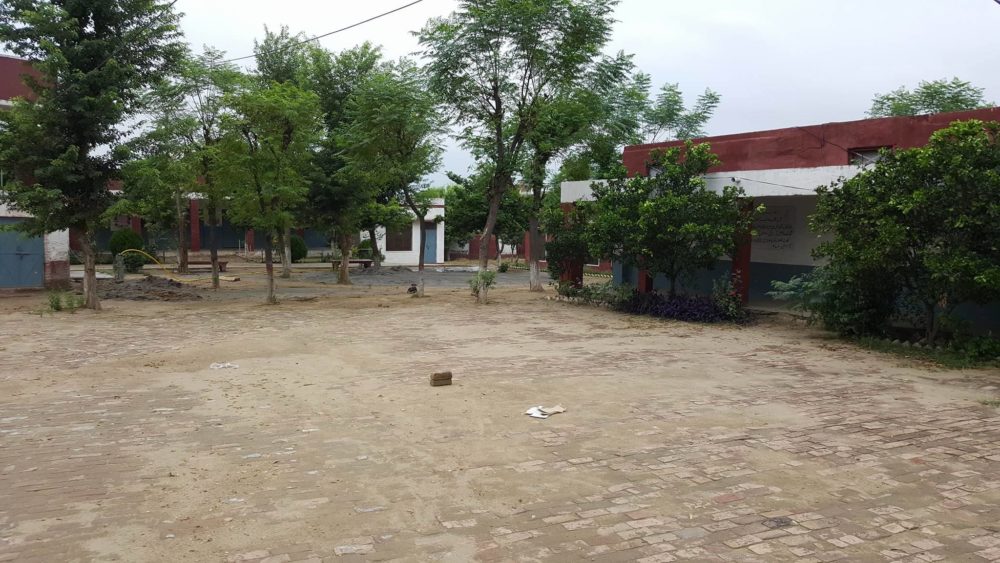 I also met Sheikh Abdul Qayyum, 81 who was Gulzar Saab’s contemporary. When in 2013 he came to Dina, Sheikh Saab was his main guide. Sheikh Abdul Qayyum told me that during his visit, he reminded Gulzar Saab about the marriage of his elder brother and sister which took place before partition. Gulzar Saab also inquired about a common friend namely A.D Khokhar who left for Delhi and later came to Karachi. He also told me that it was his family whom Gulzar Saab’s father rented out his shops and during his visit, Gulzar Saab, in a humorous vein even demanded rent. 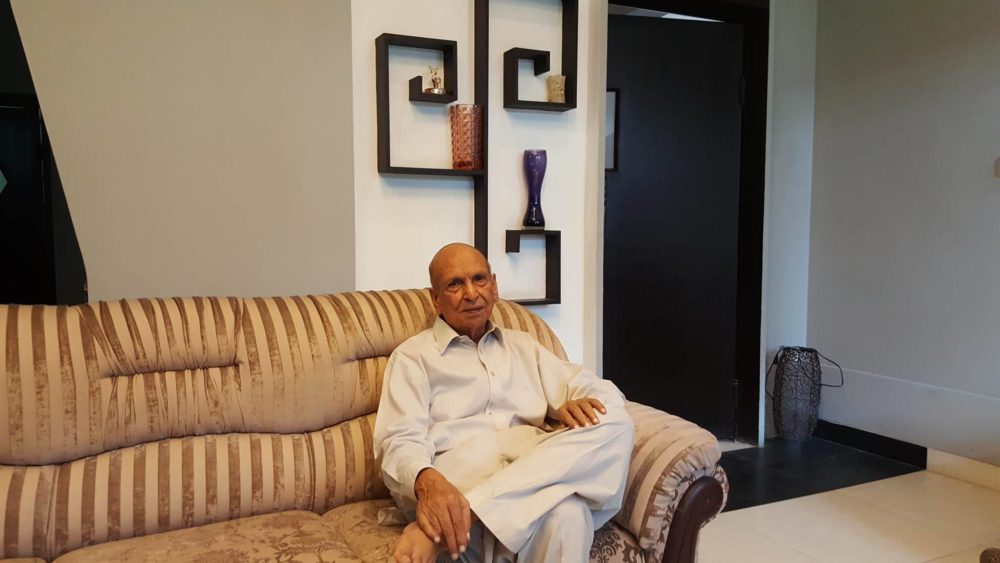 I had the souvenir and I was in touch with Sunayana who had reached India but getting anything across the international border is nightmarish. It is much convenient and less time consuming to deliver something to someone based at North Pole than to transport something across the Radcliffe line.

Anyway the opportunity came soon when I found out that a friend was leaving for UK. The souvenir was handed over to him which he dispatched to India from London. Three days later it reached Poona. Since Sunayana was in Mumbai, her driver Brahma Dev transported it to Mumbai. Two days later on Aug 8, 2016 she personally delivered it to Gulzar Saab who as she told me was so very delighted to receive a gift from Dina, his place of birth. 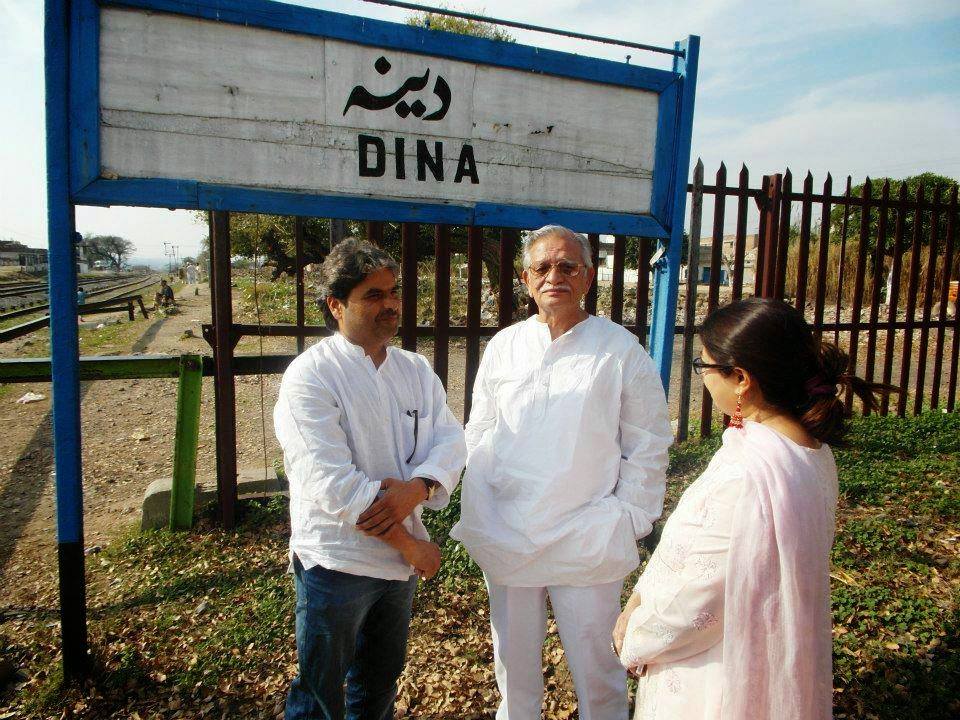 The same day, to my pleasant surprise, I received a call from Mumbai. Gulzar Saab was on the other end. He expressed his deep gratitude for the memento. I told him that I was his die-hard fan. I also invited him to come again. We talked for quite some time. It was a memorable event of a lifetime.

I, Gulzar Saab and millions from India and Pakistan eagerly await the moment when sending a white piece of cloth would take precedence on either side of the border over sending a bullet across.