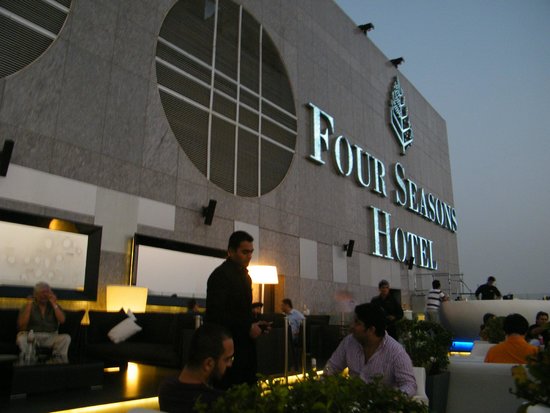 After actor Rahul Bose’s banana controversy that resulted in a Rs 25,000 fine on JW Marriott hotel by the Excise and Taxation Department of Chandigarh, Twitter user Kartik Dhar has posted a bill with the caption: “2 eggs for Rs 1700 at the @FourSeasons Mumbai.

He tagged Rahul Bose with the caption saying, “Bhai Aandolan Karein (Shall we protest)?”

Even two omelettes were charged at the same price in the bill posted by Dhar, author of “All The Queen’s Men”.

The hotel was yet to issue a statement on this.

“Is ande ke sath Sona bhi nikla hai kya (Did the hen hatch gold with the eggs)?” posted one user.

Another posted on Dhar’s tweet: “Chicken must be from very rich family…”

Last month, after Bollywood actor Bose highlighted how the JW Marriott Hotel in Chandigarh billed him a staggering Rs 442, including GST, for just two bananas, the Federation of Hotel and Restaurant Associations of India (FHRAI) said the hotel did nothing “illegal”.

“Unlike a retail store where bananas can be purchased at market price, a hotel offers service, quality, plate, cutlery, accompaniment, sanitized fruit, ambience and luxury, and not the commodity alone. A coffee available at Rs 10 at a roadside stall could be served at Rs 250 in a luxury hotel,” Kohli had explained.

The Chandigarh Excise and Taxation Department had served a show-cause notice to the hotel and slapped a Rs 25,000 penalty for levying GST on the two bananas, violating the provisions of its HSN/Chapter 803. (IANS)