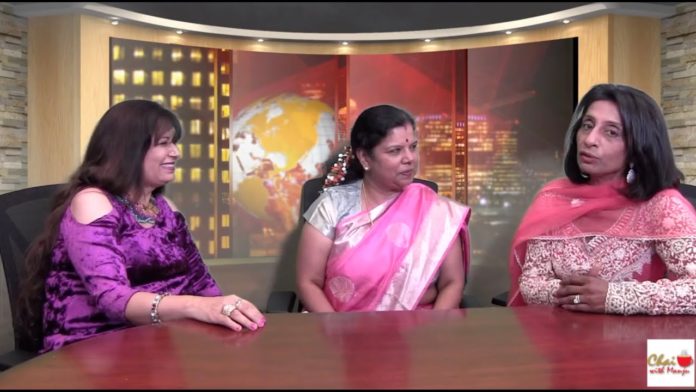 WALTHAM, MA—On Sept. 28 at the Hopkinton Middle School in Hopkinton, MA, Dr. Kavita Navani, MD and some like-minded individuals will launch “Sankalp” whose mission is to empower Indian farmers through providing them with solar energy, farming equipment and cold storage.

The Sankalp event, which will feature cultural programs and free health screening, will also raise funds to sponsor 250 schools for Ekal Vidyalaya Foundation of USA. Sankalp will also collaborate with Ekal on its farmers program since the non-profit organization already has a built-in infrastructure in rural and tribal India.

In an exclusive video interview on Chai With Manju, Dr. Navani and Ms. Saigal talk about Ekal Vidyalaya and upcoming event Sankalp on Sept. 28.

Dr. Navani practiced medicine in Central Massachusetts as a primary care physician for over 20 years. She also holds an MD in OB GYN from India. She is actively engaged in community services such as the Free health stop organized by India Society of Worcester where her medical expertise helps and other non-medical community services like helping with the Food Bank.

As an entrepreneur, she helped with the formation and growth of eClinicalworks, an electronic health record company with headquarters in Westborough, MA. Dr. Navani has provided clinical input to the EHR and is available to help with small and big tasks that require her expertise.

Dr. Navani also takes active interest in cancer research and has made charitable contributions to research on improving outcomes due to infant traumatic brain injuries. She is a big supporter of Ekal Vidyalaya.

Ms. Saigal is the Executive Director of the Ekal Vidyalaya Foundation of USA, a 501(c)(3) organization, Ekal Vidyalaya Foundation of USA runs over 91,000 schools in rural and tribal areas in India, providing education to nearly 2.4 million children. Each school is used as a nucleus to bring about holistic transformation of the village. Ms. Saigal has succeeded in bringing digital literacy to these remote areas with the use of mobile computer labs.

A graduate of IIT Bombay, Ms. Saigal worked at MIT and Tufts University in the field of Education Technology for over 25 years prior to joining Ekal. She is also the founder of one of the oldest schools of Indian classical dancing in Boston and was honored by former Massachusetts Governor Deval Patrick for her contributions to Indian Heritage and Fine Arts in Massachusetts. She is also the co-founder of a bi-weekly South Asian e-magazine, Lokvani.com and an active community leader in her hometown Burlington where she organizes several events that brings the community together, and recently joined the board of the Burlington Food Pantry.

She is also a qualified priest who has conducted Hindu weddings. She won the India New England Woman of the Year Award in 2012 and received the Asian American Lifetime Achievement Award from the Commonwealth of Massachusetts.