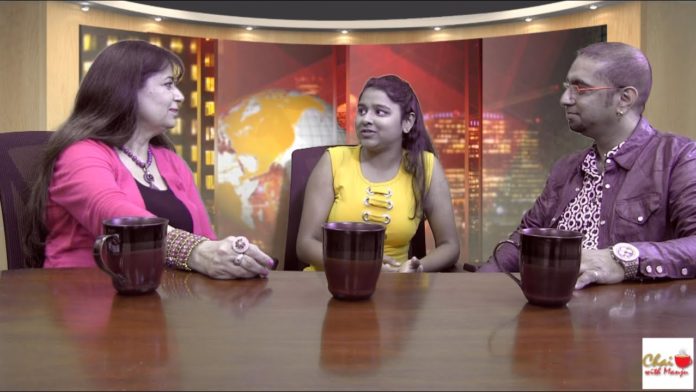 BOSTON–ARRived contestant and Qyuki star Pooja Tiwari, who this week was awarded a $25,000 scholarship from Berkelee College of Music for her undergraduate studies in 2020, is the young rising star of Indian music today. She was one of the Top 4 in India’s first YouTube Original ARRived.

“Berklee India Exchange is excited to announce that Pooja Tiwari – a winner on ARRived – a millennials focused music reality show conceptualised by Qyuki Digital Media for YouTube Originals – has been awarded a $25,000 scholarship for the Berklee full time undergraduate program,” said Clint Valladares, co-founder of Berklee India Exchange. “A.R. Rahman along with Clinton Cerejo, Shaan and Vidya Vox nationally handpicked talent and nurtured them. Pooja Tiwari topped the charts of the show and bagged a scholarship to the Berklee Five Week intensive. Additionally, bagged a one year course at KM Music Conservatory, Chennai.”

Mr. Valladares said that the journey of Pooja has been commendable and this additional scholarship will help her shine brighter and bigger.

Recently, Pooja spent five weeks at Berklee to study music. She sat down for an exclusive video interview with Chai With Manju to talk about her budding music career. Her $25,000 scholarship was announced after the Chai With Manju interview was taped.

Also joining the interview is Clint Valladares of Berklee India Exchange, which fosters collaboration between India and Berklee College, provides opportunities for Berklee musicians to create and perform original Indian music, and supports music education in India through access to Berklee resources, scholarships, and workshops.

Originally from Lucknow, Pooja started her singing career early on by participating in multiple singing competitions. Her singing took her to the top of the list along with other contestants Sarthak Rathod, Amrita Talukder and Swagat Rathod. The winner Swagat Rathod sang in Bollywood superstar Shahrukh Khan’s movie ‘Zero’ and Pooja went on to receive scholarships from the Berkelee India Exchange Program and the KM Music Conservatory.

Commenting on the success of Pooja, Qyuki Media MD & Co-Founder Samir Bangara said, “ARRived has been a fantastic path-breaking experience for us as we partnered with YouTube to re-invent the music reality show format. The audience appreciation is overwhelming and available for all to see on each of the 14 episodes as the show reached its finale. In addition to Swagat’s break as a playback artist in a mainstream film we have also presented each of the 4 finalists with a one year scholarship at AR Rahman’s  KM Music Conservatory in Chennai and a special 5 week program at the Berklee School of Music, Boston, USA for the winner of the ARRived leaderboard, Pooja Tiwari”.

ARRived marked the launch of a unique reality show on YouTube. A Qyuki concept, the first season had music legend AR Rahman, popular Bollywood playback singer Shaan,  composer/producer Clinton Cerejo and YouTube sensation Vidya Iyer, popularly known by her online monicker Vidya Vox were the jury of the show. It is the first ever YouTube Original in India and was spread across 14 episodes including a live performance, where the winners were declared.