CAMBRIDGE, MA–The SPK Academy of Music celebrates its first ever Guru Purnima concert celebration in Cambridge, MA on Saturday, July 13th. The concert will feature recitals by students of the academy and a grand finale by the sitar maestro, Ustad Shahid Parvez Khan, accompanied on tabla by Nitin Mitta.

The Shahid Parvez Khan (SPK) Academy of Music is dedicated to providing the finest quality of training in Indian classical music in North America. Upholding the ancient guru-shishya tradition of teaching, yet has finding new and innovative ways to practice it in the contemporary world, the academy trains students to perform and thus disseminates this refined and classical art across the continent.

Guru Purnima is the annual commemoration of the Guru (teacher) and the commitment and love the Guru brings to sharing his or her wisdom. In the world of Indian Classical Music, this day is celebrated with musical performance and ceremony. For the first time ever, students of the SPK Academy from across North America will come together to celebrate this time honored tradition with an evening of music at the Marran Theater.

Shahid Parvez Khan is widely recognized as one of the greatest sitar players of the world.  The recipient of numerous prestigious awards, including the Government of India’s Padma Shri and the Sangeet Natak Academy Award, Shahid Parvez Khan regularly tours across India, Europe, North America,  Asia and Australia, enthralling audiences everywhere.

His unique tone and astute artistic sense have become his hallmark as a respected performer and innovator. He has achieved success in not only preserving tradition, but also pushing its boundaries to even greater heights of aesthetic beauty. His latest collaborations include performances with symphony orchestras in the US and Australia.

Shahid Parvez Khan represents the seventh generation of the sitar’s first family, the Etawah Gharana and was taught by his father and guru, Ustad Aziz Khan.

Nitin Mitta is one of the most accomplished and distinctive tabla players of his generation, with a reputation for technical virtuosity, spontaneity, clarity of tone, and sensitivity to melodic nuances. Nitin received his early training in Hyderabad from Pandit G. Satyanarayana and later received the guidance of Pandit Arvind Mulgaonkar of Mumbai, one of the most highly respected mentors of his generation. 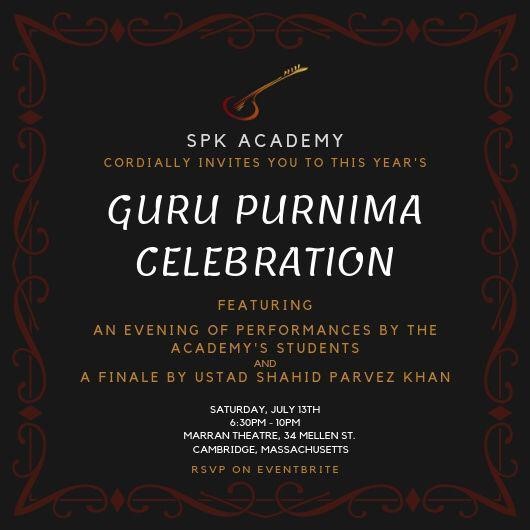