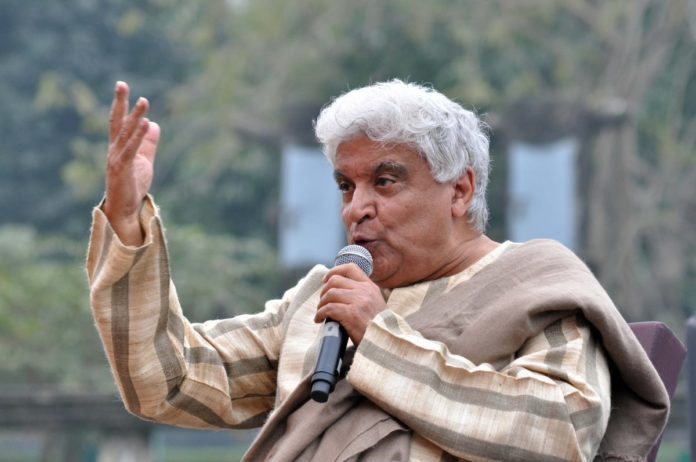 Mumbai–Veteran lyricist Javed Akhtar has got into a Twitter spat with filmmaker Shekhar Kapur, asking the latter to visit a psychiatrist.

Shekhar on Saturday tweeted that he still feels like a “refugee” and how some “intellectuals” made him feel “insignificant”.

“Started life as refugee of Partition. Parents gave everything to make a life for kids. Was always in fear of ‘intellectuals’. They made me feel insignificant. Small,” read the tweet. However, he added that he was suddenly “embraced” but still fears those “intellectuals”,” the “Mr. India” director wrote.

But Shekhar’s tweet did not go down well with Akhtar. He asked Shekhar to stop his “melodrama”.

“What do you mean by still a refugee? Does it mean that you feel like an outsider and not an Indian and you don’t feel that this is your motherland.

“If in India you are still a refugee where will you not feel like a refugee , In Pakistan? Cut this melodrama, you poor rich but lonely guy,” Akhtar said.

“You introduce yourself as neither prejudiced by the past nor afraid of the future living in this moment and in the same breath you say you are a refugee of partition and still a refugee. One doesn’t need a magnifying glass to see the contradiction,” he added.

Akhtar did not stop slamming Shekhar here. He further said: “Who are these intellectuals who embraced you and you found that embrace like a snake’s bite? Shyam Benegal , Adoor Gopal Krishna , Ram chandra Guha ? Really ? . Shekhar saheb you are not well . You need help . Come on , there is no shame in meeting a good psychiatrist.”

Clarifying his tweet, Shekhar shared what he actually meant by refugee.

“No. It means once you are a refugee, you feel a gypsy,” Shekhar said. (IANS)