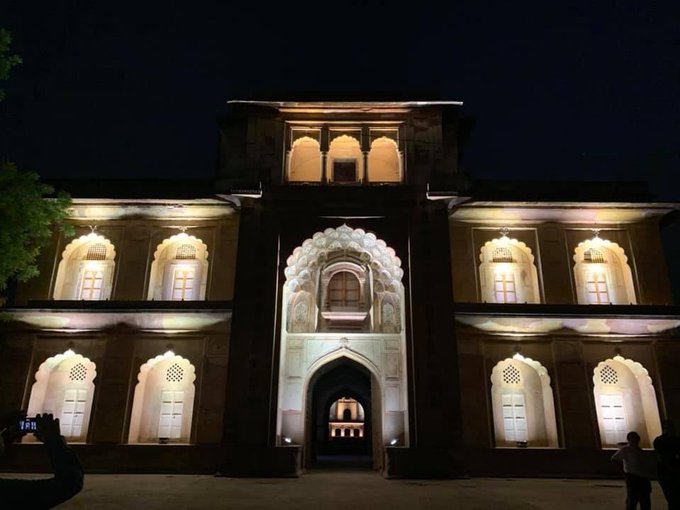 New Delhi–In a magnificent first, the Mughal-era Safdarjung’s Tomb will be seen illuminated with architectural LED lights after sunset.

The historic monument, a sandstone and marble mausoleum of Nawab Safdar Jung built in the 18th century, was illuminated following an Archeological Survey of India (ASI) project.

It was inaugurated by Union Culture and Tourism Minister Prahalad Singh Patel and BJP parliamentarian Meenakshi Lekhi on Friday.

“To highlight the architectural beauty including arches and minarets of the Tomb, a total of 213 technologically advanced LED lights have been used,” an ASI statement said, adding that these efficient lights consume 62 per cent less electricity than conventional light fixtures.

The illumination from 7-11 p.m. will cast light on the domes, ramparts, minarets, arches and balconies from different directions.

As per a senior archeologist and ASI official, the project took over 6-7 months. The monthly cost for the illumination is Rs 8,800, ASI said.

Its front facade has been illuminated before. Despite the efforts, the monument however, is not open for the public at night, ASI officials said.

ASI has previously illuminated the Red Fort, Humayun’s Tomb, and Purana Qila. Qutub Minar and Tughlakabad Fort are also expected to be illuminated in the near future. (IANS)