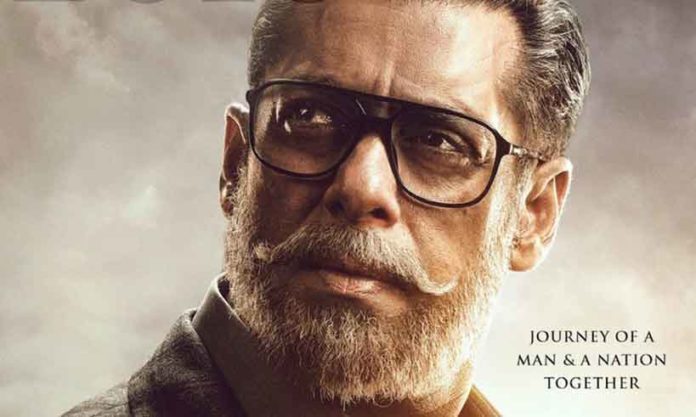 Salman Khan, in the old man’s avatar in his latest film “Bharat”, sports grey hair, moustache and a white beard.

There’s also megastar Amitabh Bachchan, who sports a French beard, but in a glimpse of his upcoming film “Chehre”, the eye cannot miss his distinct white, knotted and long beard.

A thick and dark beard is sported by Shahid Kapoor in his forthcoming “Kabir Singh”, which sees the actor essay three phases of the character’s life. One of these required a bearded look and ruffled hairdo.

Celebrity hairstylist Aalim Hakim, who has worked with Shahid over the years, says the actor is known for getting into the skin of the characters he plays, and so whether it was “Haider” or “Udta Punjab”, he ensured his look was spot on.

“A part of the story of ‘Kabir Singh’ demanded that Shahid looks a certain way. It’s not a manicured look, it’s a little distressed, sexy, attractive and different. Even his hairstyle in that look is very out of bed,” Hakim told IANS, adding that a beard lends drama to an actor’s look.

No wonder then that a slew of other actors are sporting it in films.

A beard is also sported by actor Hrithik Roshan in his role as mathematician Anand Kumar in “Super 30”.

Saif Ali Khan flaunts an interesting cut in “Jawaani Jaaneman”. It is edgy, a tad faded and well groomed.

Even actor Ranvir Shorey had a stylish beard in “On The Ramp, On The Ramp, Never Ending Show”, as did Arjun Kapoor in “India’s Most Wanted”.

According to Bharti Taneja, Founder, ALPS Beauty Group, while in real life a moustache and beard give an impression of strong, brave and chivalrous men, in movies a dense beard signifies an “intense, passionate and melancholic hero”.

“Beards are high on fashion. When it comes to experimenting with their looks, men can look to their hair and beard after clothes. Moreover, if you look at the history of Indian culture, beard has always enjoyed reverence in men’s fashion since ages. Moustache and beard were considered symbols of machismo and respect until the concept of ‘metrosexual’ men hit the men’s grooming market,” Taneja told IANS.

Just earlier this year, the stylised facial hair of Indian Air Force (IAF) pilot Abhinandan Varthaman, who was captured by Pakistan when his MiG-21 crashed in that country, became the talk of the town. It was reminiscent of a beard sported by megastar Rajinikanth in “Petta” or Suriya in “Singam”.

Beards have, for long, been about making a unique style statement for men, and gradually, the men’s grooming industry has come up with myriad product options — whether it is trimmers or beard oils and shampoos.

Taneja doesn’t see the beard going out of fashion, and she has some tips for those who wish to take the cue from Bollywood’s ‘beardos’.

“It is important to groom your beard with regular trimming in order to keep it in shape. It is very important to keep your beard hair soft and smooth. Go for regular beard spa,” she said. (IANS)