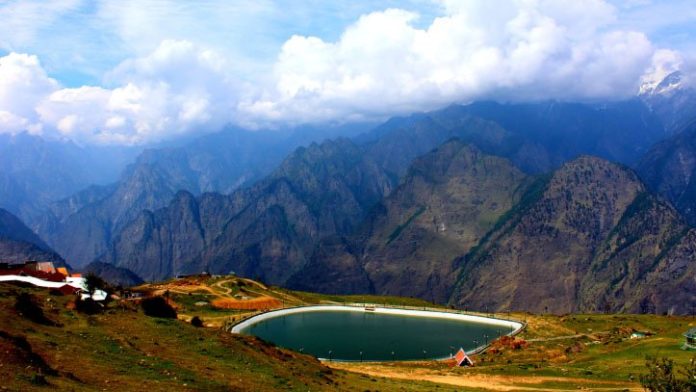 A group of 13 state officials are monitoring and also videographing some of the functions at the two high-profile weddings in the wake of the ecological concerns.

“We have told the Gupta brothers that there should no damage to the flora and fauna of the region, which is very close to Alpine meadows,” said Vaibhav Gupta, Joshimath Sub-Division Magistrate (SDM) under whose jurisdiction Auli falls.

“But we are also giving them (the families) some space as it is a private function,” said Gupta.

As per the High Court orders, only 150 guests are allowed to attend the function. Civil Aviation officials said that helicopters had been completely barred from Auli. So the choppers carrying the guests are landing at Ravigram near the Joshimath helipad, from where they are being ferried to the wedding venue by cars.

Top officials of the Chamoli District administration, including District Magistrate Swati Bhadoria could not be reached for comments.

Governor Baby Rani Maurya is expected to attend the wedding on Thursday, though some of the Bollywood stars, who were earlier expected, may give it a miss in view of the controversy.

Chief Minister Trivendra Singh Rawat, however, is in a dilemma about attending the function. on Tuesday, he strongly defended the extravaganza, saying ecological concerns over it were not justifiable. “This should be seen as an investment opportunity and as an exercise to promote Uttarakhand as a wedding destination,” Rawat said. (IANS)