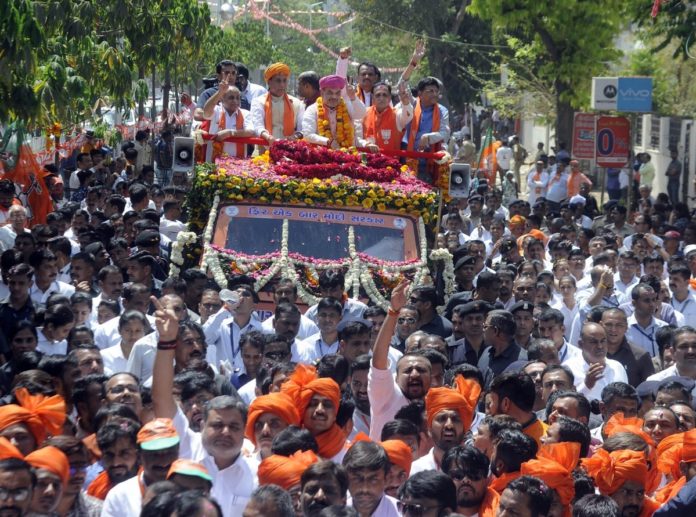 Varanasi–The triumvirate of Jupiter, Rahu and Saturn may upset the exit-poll calculations and cause some trouble in the formation of the new government at the Centre.

According to astrologers in Varansi, this planetary position could take the BJP to being the single largest party but might keep it away from getting a majority.

According to Pandit Rishi Dwiwedi, the planetary position spell instability for democracy and this will reflect in the election results.

“Any government that is formed in this planetary situation will not complete its term. The National Democratic Alliance (NDA) could get 220 to 240 while BJP will have to remain content with 140 to 160. The UPA is likely to get 110-140,” he said.

Dwiwedi added that the Samajwadi Party-Bahujan Samaj Party could play a key role in formation of the government which would enhance their own positions.

About the Congress, he said that the party will expand its footprints and vote share but will still be away from power.

Astrologer Ganesh Prasad Misra also agreed with the predictions of the other two astrologers but added that the planetary positions will make sure that several faces of the 16th Lok Sabha do not make it to the 17th Lok Sabha.(IANS)