BOSTON—Before Monica Grewal became an intellectual property attorney and a principal at WilmerHale, the 40th largest law firm in the United States, she was as an engineer working in a variety of US space programs, including the advanced testing of the NASA spacesuit and shuttle environmental control systems.

“Inspired by engineering colleagues who were exploring the burgeoning field of patent law, I attended an open house for the University of Connecticut School of Law,” says Ms. Grewal. “It was fascinating, and I immediately enrolled. My first job in the field came with a surprise offer from the legal department at Pratt & Whitney Jet Engines.” 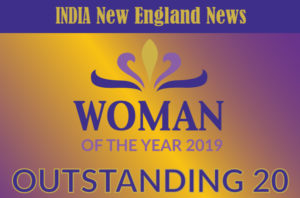 Today, Ms. Grewal serves as an intellectual property partner at Boston-based WilmerHale and co-chair of the firm’s Post-Grant Proceedings Group. She focuses her practice on patent litigation, prosecution and post-grant proceedings, including inter parties review and covered business method reviews.

She has experience in handling significant intellectual property matters for clients including building strategic patent portfolios in a range of technology in the disciplines of electrical, mechanical, biomedical devices and computer engineering. She also has experience with patent litigation in the International Trade Commission (ITC) and in the Federal Courts, involving various aspects of digital camera technology, computer software and hardware, GPS technology, signal processing, electronic devices and wireless communications technology. She has also represented clients in proceedings before the Patent Trial and Appeal Board.

Named among the “Top Women Attorneys in Massachusetts” in 2016 and 2017, and recognized as a 2014-2018 Massachusetts Super Lawyer for her intellectual property practice.

Here is a Q/A with Ms. Grewal:

Monica Grewal: I am an intellectual property partner at WilmerHale and co-chair of the firm’s Post-Grant Proceedings Practice. My focus is on patent litigation, prosecution and post-grant proceedings, including inter parties review and covered business method reviews. I help clients build strategic patent portfolios in the disciplines of electrical, mechanical, biomedical devices and computer engineering. And I have experience with patent litigation in the International Trade Commission and federal courts involving various aspects of digital camera technology, computer software and hardware, GPS technology, signal processing, electronic devices, and wireless communications technology.

Before entering the practice of law I was an engineer working in a variety of US space programs, including the advanced testing of the NASA spacesuit and shuttle environmental control systems. Inspired by engineering colleagues who were exploring the burgeoning field of patent law, I attended an open house for the University of Connecticut School of Law. It was fascinating and I immediately enrolled. My first job in the field came with a surprise offer from the legal department at Pratt & Whitney Jet Engines. I joined Pratt as a patent agent and transitioned to the role of patent attorney upon completion of my law degree. In 2004, I joined Hale and Dorr (now WilmerHale) in Boston, keen to apply my analytical skill set in the IP litigation arena.

Now, each day, I am energized by the amazing technology du jour to which patent lawyers are exposed.

I was thrilled to help establish the Boston chapter of ChIPs, and to help foster a community in which women in the field can come together to share experiences and support one other.

MG: I use my hobbies to take care of myself in body and in spirit. I am a chronic runner. Every morning with my two dogs, Pixel and Calypso (Caly), rain, shine or snow…we take on whatever wonders New England’s version of nature tosses our way. My morning exercise is like taking my first breath…it renews me and I am ready for anything. I like to read for pleasure (Stieg Larsson and Arundhati Roy are favorites), and hot yoga is my second physical passion. You can see, I have not forgotten my Subcontinent roots.

INE: In what way do you feel you have most positively influenced or served the local community or your company/organization and professional field?

MG: My passion lies in science and engineering in the practice of law, and I aim to be an advocate for women in the field. At WilmerHale, I serve as a mentor to associates with an engineering background as they learn the practice of IP law. I also serve as a co-chair of the Diversity Committee in the firm’s Boston office, because creating a welcoming environment for all lawyers, regardless of their diversity, is very important.

Of course, being approachable and available is difficult with a busy schedule, but making time for mentorship and community involvement is incredibly important. I have been steadfast in my engagement in the industry and have found those efforts to have paid off in spades.

Outside of the legal field, I remain dedicated to mentoring young girls. I served as a Girl Scouts leader for my daughter’s troop, making sure the girls had opportunities to ponder the miracle of science and technology. I even helped the troop members work toward their US Patent and Trademark Office IP patch.

MG: Specifically in the field of IP law, a woman faces a unique set of challenges when it comes to navigating her path and taking her seat at the table. We, as women, are confronted with an underlying lack of diversity in the legal profession, compounded by the fact that STEM (Science, Technology, Engineering and Math) fields remain predominantly male. I am encouraged by the numerous programs and organizations focused on making STEM fields accessible to girls and motivating them to take part in these exciting areas of learning. I’ve also seen great strides in understanding and addressing diversity in the legal profession, and believe that things will continue to improve.

MG: I keep things alive (perhaps I should have followed through with medical school!). Fish, plants and frogs survive a ridiculously long time under my care. We were forced to rename one frog Rasputin after it outlived its expected lifespan by a factor of three. I still have a plant that was a cutting from Christa McAuliffe’s original money plant that I was given at NASA in 1994, and I have orchids from the early 2000s hanging about. They make me happy, like old familiar friends.

MG: There are so many talented authors and I do cherish the variety of my reads. Some of my favorites are Arundhati Roy’s writing, especially the Interpreter of Maladies; the Stieg Larsson trilogy, which includes The Girl with the Dragon Tattoo, The Girl Who Played with Fire and The Girl Who Kicked the Hornets’ Nest; and many biographies as well.

MG: I wish I was half the person my dogs think I am.

MG: Marie Curie for her grit, for her persistence at a time when women were not credited with scientific intelligence and inventorship qualities, for her ability to think out of the box to continue to pioneer work on radioactivity, and for being the first woman to receive a Nobel Prize. Her husband was an enabler, and she worked without regard to the naysayers around her. She is an inspiration to me, as she worked primarily in the early 1900s and died in 1934, the year my father was born.

Indira Gandhi was a model of a strong woman in my formative years. She was the Indian prime minister for the majority of the years I lived in New Delhi. Looking back at growing up in a developing country in the 1970s and early 80s, it is fascinating and ironic that we had such a strong woman leading India then. However, my Sikh roots were shaken toward the end of her life in the 1983–84 timeframe.

MG: Queen Elizabeth, because her grace and consistency of fair rule, and the respect she garners, is truly inspirational.

MG: Work hard, stay fit and the rest will fall into place.