BOSTON—After a four-month campaign from 12,000 kilometres away for Prime Minister Narendra Modi, the Overseas Friends of BJP-USA, known as OFBJP, celebrated BJP win in Indian elections in 20 cities across the United States—from Boston to San Francisco.

BJP supporters from Massachusetts gathered at Brookside Club House in Andover, MA, to celebrate the vidtory.

Anugula told IANS on Thursday that over 1,000 volunteers from his organization participated in phone bank call-a-thons that made more than 1 million calls to people in India asking them to vote for the Bharatiya Janata Party.

During the four months before the elections, the OFBJP also held yagnas, “Chowkidar Marches” and other programs to encourage Indian citizens here to support Modi and to boost the party’s image in India, he said.

As the election trends started trickling in starting at around 11 p.m. on Wednesday night (local time), the OFBJP and the US-based station TV Asia began an overnight election watch in Edison, New Jersey, he said.

About 400 Indians and Americans kept vigil overnight watching the results at a community centre. 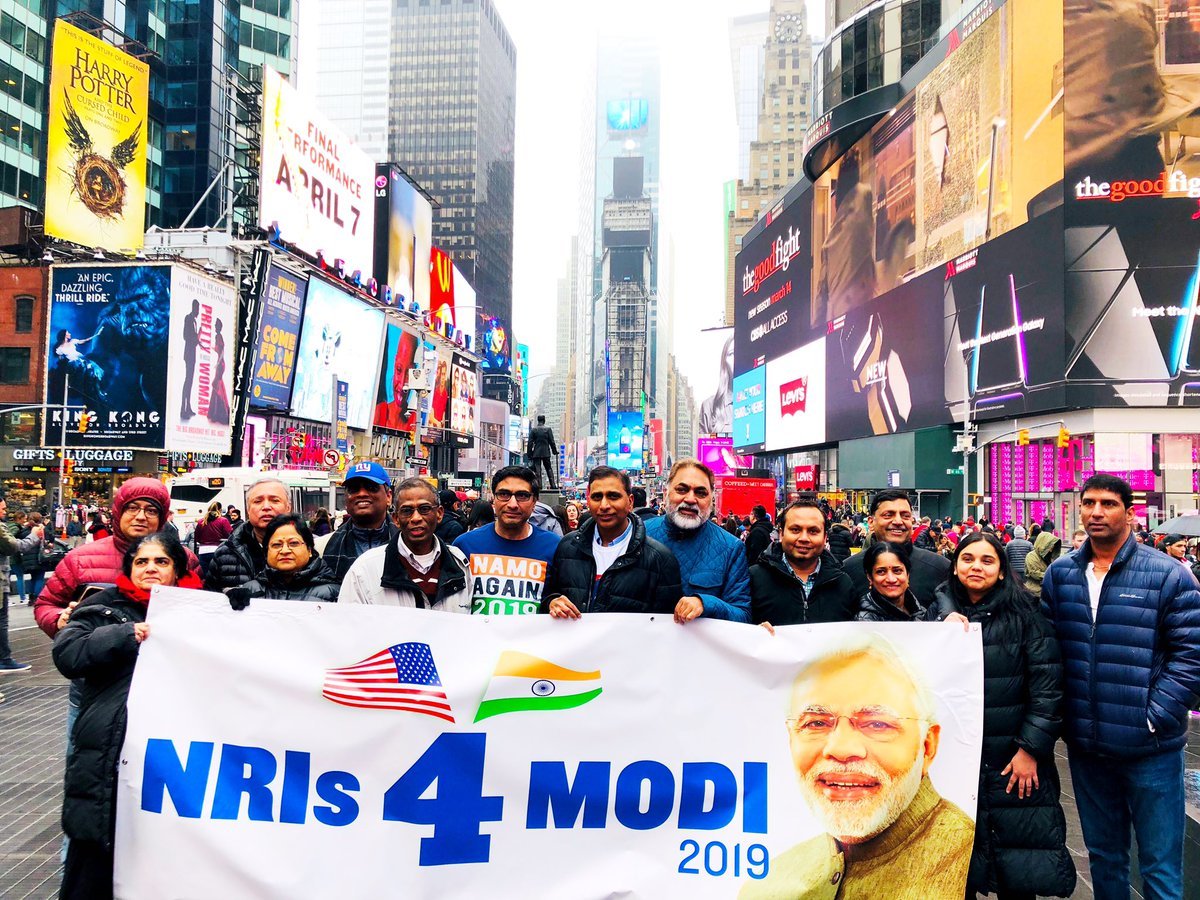 The group in a statement said: “Overseas Friends of BJP-USA congratulates Prime Minister Narendra Modi, party President Amit Shah, BJP leaders, millions of volunteers and volunteers of OFBJP and NRIs4Modi across the globe who toiled hard for this stupendous victory.”

“Millions of voters, including first time voters have participated enthusiastically in this world’s largest democratic elections to elect an able and proven leader, Narendra Modi,” it said.

Reddy asserted that although the BJP did not make a sweep of his home state of Telangana, his party was emerging as the main challenger to the Telangana Rashtriya Samithi (TRS) improving its position both in the number of votes and seats.

In neighbouring Andhra Pradesh, the defeat of the Telugu Desam Party showed that the people of the state were ready for change and a corruption-free administration. It presented the BJP future opportunities there, he said.

TV Asia, the largest India-oriented TV operation in the US, held a marathon overnight coverage of the Indian elections for its viewers across the US, News Director Rohit Vyas told IANS.

The news operations, which are separate from the company’s community outreach and is politically independent, had representatives of both the OFBJP and the Overseas Indian Congress, as well as Indian community leaders on its programme analysing the elections, he added. (IANS contributed to this report))