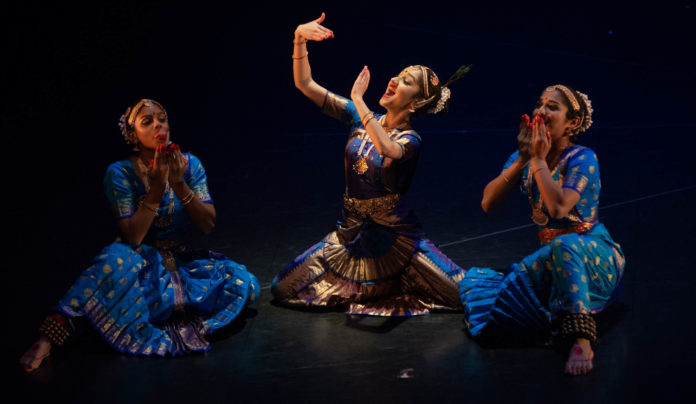 “With just one step, an otherwise ordinary emotion can stray into dangerous territory. Admiration turns to Lust. Impatience turns to Wrath. Fulfillment to Greed. What in the end will win, human virtue or sin? The answer may not be so simple…”

With the above introduction in their flyers, the Triveni Dance Ensemble got one intrigued by what was going to be performed at BU Dance Theater on Friday, April 12 and Saturday, April 13. 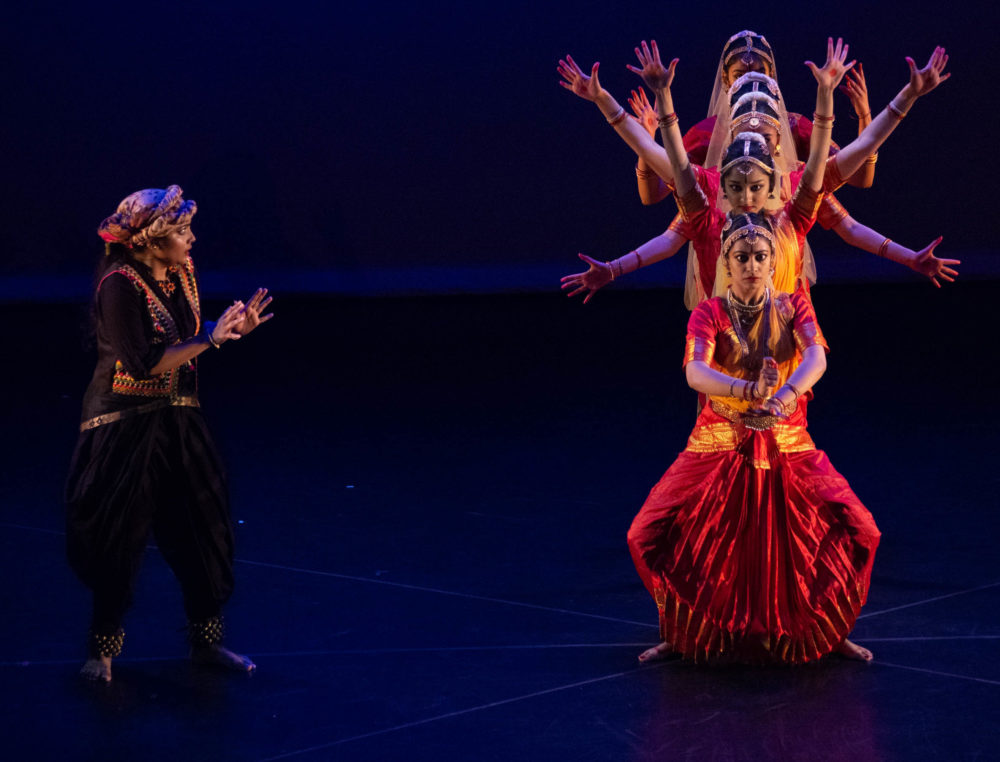 The show was called “Sapta: The Seven Deadly Sins”. The theatre was packed with a multi-cultural audience of varied ages, all cheering and watching with rapt attention as the show went on. The proceeds from the show went to Samarthanam, an organization that does work with the disabled in India.

As in previous shows, Neena Gulati masterfully narrated the story behind the different dance pieces at the beginning of every piece. This narration allowed members of the audience without a background in Indian culture or dance to understand the underlying story.

In this show, the dances pieces were “seven deadly sins” — Gluttony, Pride, Sloth, Lust, Envy, Greed, and Wrath. Neena Gulati’s contribution to the show is more than her narration and performance on stage — most of the dancers have received training under her tutelage at Triveni.

The seven sins were stories from ancient Hindu mythology and the dances were a combination of Bharatnatyam, Odissi and Kuchipudi. The background music was a fusion of Indian classical and western instrumental — Alarippu, Drums of Victory, Jathis for Opening Numbers, Boundless & Crown Jathi Mix, Boat to Nowhere, Shiva Ganga, Adenamma, Serpents.

These annual shows by Triveni appeal to the modern audience in part because of the seamless interweaving of the classical (dance) and the contemporary (music). The lighting and sound are integrated very nicely, adding grandeur to the performance.

At Triveni, students are taught the strict language of classical dance, and this gives them the foundation needed to perform dance repertoires that are integrated with modern music and styles. This modernity is often necessary to appeal to a broad audience with little classical training. For more information regarding Triveni, visit https://www.trivenidance.org/.